Bring on the London 2012 Olympics 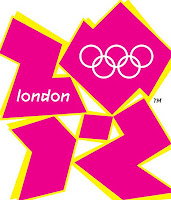 I have had a very exciting and interesting day. I travelled thirteen miles across London (lots of changes on bus/tube/train etc) to Hackney (Mere Street, London Fields) for my first full day of training as a London 2012 Olympics Games Maker. The Games Makers are all volunteers who will literally make the Games happen. There will be 70,000 of us dotted all over London and at different Olympic venues making sure everything runs as smoothly as possible.

I am going to be based at Heathrow Airport - which is the official entry and departure point for all Athletes/Teams/Media/Broadcasters from around the world. Royal Families and Foreign Officials will also arrive here from around the world to see their countries taking part. I was a bit apprehensive about being posted at Heathrow to begin with but I now believe its the BEST place to be - apart from the main Olympic Village that is...because I will get to see all the VIPs and participants come and go.

A friend of mine has already asked me to try and get Usain Bolt's autograph for her - but I said he will probably be too quick and gone in a flash - get it?!

DO NOT travel on holiday from or arrive back at Heathrow on 13/14/15 August 2012. It is estimated that on 13 August this year 218,000 bags will be circulating Heathrow baggage reclaim/departure gates - this is the day after the closing ceremony of the Olympics so most teams that are not competing in the Para-olympics will be leaving on this day. The most bags they have ever handled in one day at Heathrow is 160,000 - thats still a lot but nothing like the volume we will see there this August.

On 6 July 2005 - it was announced that London had won the bid to host the 2012 Games - where were you? Do you remember? Other Games Makers today were getting really emotional when they spoke about where they were when they heard this news:


Here are some interesting facts which I picked up today that I wanted to share with you:

I am so so excited about the Olympics this summer and am so proud to have been chosen to represent the country as a Games Maker. I am one of the first people the athletes will meet when they arrive and the last person they see before they depart. No pressure Miranda B but First Impressions will be key. No silly Miranda Hart moments...

Note to self: Keep Calm at all times
Posted by Miranda B at 22:36