Came across this during my Nutrition revision.... 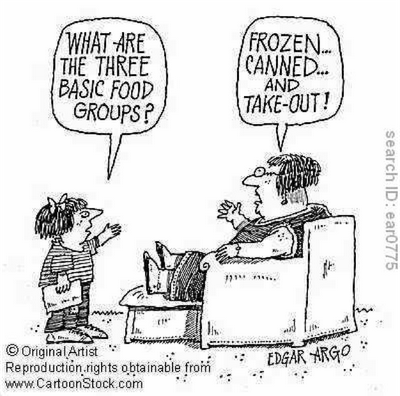 I can't believe it is a year to the day since the Royal Wedding - I was so excited about the whole event. These are two of my favourite photographs... 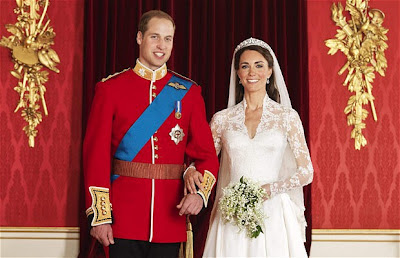 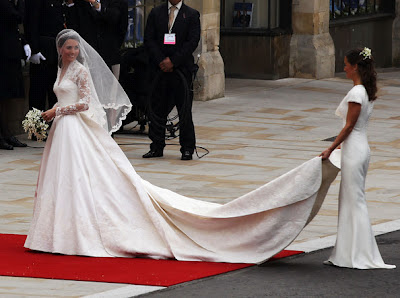 Tea at the Ritz

I am so excited... not because its the weekend and not because my exams finish next week...but because I have been invited to have tea at the Ritz with none other than Ruby Wax.

I saw this competition on her website (blackdogtribe.com) and decided to enter by sharing my experience of depression/mental illness and how I got better. To my absolute amazement - I found out yesterday that I was one of the lucky winners who will not only win a Kindle Fire but also get to meet her and have tea with her at the Ritz. I have been desperate to meet her for ages and I can't believe I will finally be able to. I feel very honoured, and VERY excited.

Here is what I shared that has won me this exciting prize - click here - I think the other entries are phenomenally good too and can't wait to meet the other winners.

And to top it all off - Ruby has sent me this hilarious message via YouTube:

Guaranteed to make you laugh...

We might all be feeling a bit low at the news of a double dip recession but this video of Ruby Wax has made me laugh - a lot!

Who Wants to be a Millionaire?

What a way to win $1 million ... I know this is old but today was the first time I had ever seen it: 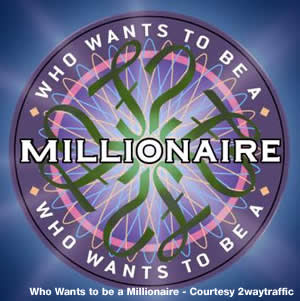 Email ThisBlogThis!Share to TwitterShare to FacebookShare to Pinterest
Labels: John Carpenter, Who wants to be a millionaire?

It was both inspiring and emotional yesterday to watch the London Marathon on television. It is even more exciting to watch it live as a spectator on the streets of London, which I did three years ago. I do hope to run it one day.

I was deeply saddened to hear of the death of 30 year old Claire Squires (pictured below) who collapsed and died yesterday as she approached the finish line. I am uplifted to hear that donations for the Samaritans (who she was running for) have since been flooding in. She only hoped to raise £500 for them and since her death yesterday during the race, she has subsequently raised more than £31,000 in the 24 hours since the race and tragic loss of her life (at the time of writing this).


The donation page is here.

The Samaritans is the most amazing charity and is an ideal place for Claire's family to get help as they overcome this terrible shock. It is so appropriate, therefore, that so much money has been raised for them despite the tragic circumstances. The World has united and been exceptionally generous for such a worthwhile cause. 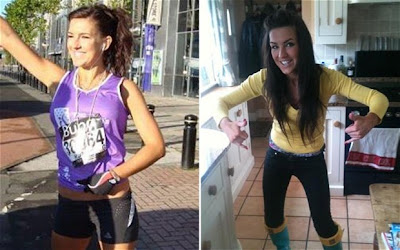 Here is my motto for the next two weeks... 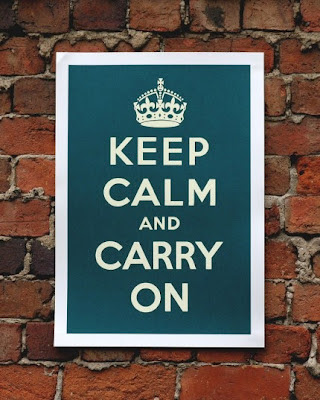 Email ThisBlogThis!Share to TwitterShare to FacebookShare to Pinterest
Labels: Keep Calm and Carry On

I have just remembered that today is the start of Depression Awareness Week.

This might explain why I spotted two articles this morning on Bipolar Disorder that have been written in two different magazines that were published by two major British Sunday newspapers - two harrowing accounts of people's experiences of the illness. Having said that - I must point out that Depression and Bipolar are two different things. Bipolar is quite hard to diagnose because the sufferer tends not to notice the manic/high phases that they go through - one only tends to tell the doctor of the dips and lows.

One of the articles is available online and can be found here  I can't find a direct link to the other article but this is taken from the writer's actual website rather than the article that I read.

Quote of the Day from Nicola Oliver is

"We need to reach a point where we aren't scared of mental illness."

She is absolutely right. Don't get me started on the anger that I feel when I hear people brushing aside and criticising those with any kind of mental health problem.

After all: "Depression is not a sign of weakness, it is a sign that you have been strong for too long."
Posted by Miranda B at 19:28 No comments:

If you love Harry Potter and you haven't heard of Pottermore - then you need to know about it NOW! Its the most amazingly fun and addictive thing which has caught everyone by storm. 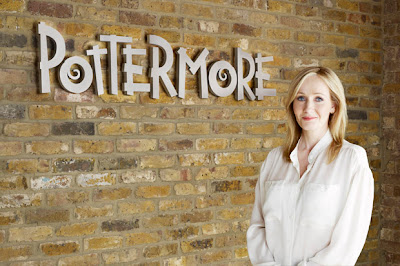 I am also planning a trip to Warner Bros. Studios for the full tour of the making of Harry Potter. Apparently it is mind blowing. You can walk down Diagon Alley, stroll round the perimeter of Hogwarts castle and sit at the Weasley's kitchen table amongst many other things - and there is so much else to see that it is virtually a day trip - I can't wait. 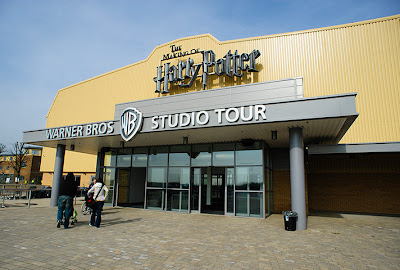 Heaven to Listen to...

Have you listened to the beautiful voice that is Kitty Norman? If not - you MUST!

CLICK HERE to hear Farmyard, Weeds and We Write the Same - all absolutely incredible. 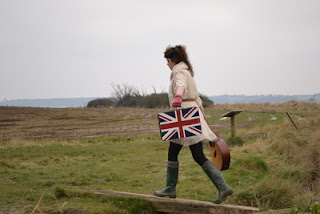 I did not know what Crohn's Disease was until recently. It doesn't sound at all pleasant. Perhaps this blog will give you a little more insight if you want to find out more about it


http://dancingwithapaininthebutt.blogspot.co.uk/
Posted by Miranda B at 23:27 No comments:

I do love Prof. Janet Treasure - I had the pleasure of meeting her a few weeks ago when I took part in a study for one of her Ph.D students.

Her best video to date is this one
Posted by Miranda B at 23:08 No comments:

Charlotte continues to work tirelessly - I am in awe:

I discovered today that someone has posted a link to my blog on MumsNet - which makes me think that this is getting serious - I am delighted!

I do hope Pudsey and Ashleigh win Britain's Got Talent this year - this audition is one of the best I have ever seen and brings a tear to my eye every time I watch it:

Is anyone else, like me, doing everything they can to resist the new Facebook Timeline? I really dont understand it. Apparently, they will soon just change my page automatically and I wont be able to do anything about it. I think it looks weird - but then again, I dont like change and would rather it just stayed as it was... 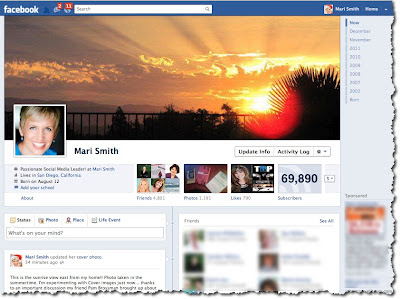 I do understand that its great that we can edit and delete old posts that we might once thought were cool but now are just embarrassing. 800 million people now have Facebook. That is scary stuff.

I have to say, I am not so into it anymore - much more of a tweeter (@mirandasmurmurs)

I hope I have a bit longer with the old look - I will soon be ranting and raging if they change it when I am not expecting it.

What an amazing video:

I came across this article in The Independent newspaper this week and have since been in touch with Lynn Crilly - the author of the book being discussed. I dont ever read this newspaper but the link was being shared by so many people on my Twitter and Facebook page that I had to see what all the fuss was about.

Hopefully Lynn is going to join the FEAST band-waggon and contribute to the Around the Dinner Table Forum. I know her support, thoughts and input will be much appreciated. I knew this book must be a good one as the forward is written by none other than Prof. Janet Treasure. 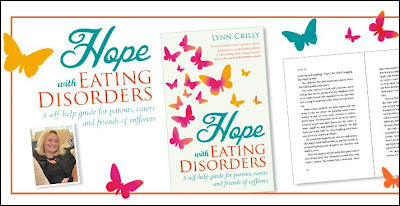 Please nominate Laura Collins for this:

Do you know an amazing mum who is creating real, positive change for herself, her family, her school and/or her community?

Have you ever seen something that upset you, but instead of feeling powerless, you took it upon yourself to do something about it? You’re a renegade mum!

Anderson is looking for all renegade moms -- women who stood up, are inspiring others and making a difference. Meet the renegade moms featured on the show

If you know a renegade mom or are one... tell Anderson about it.

Submit your entry here. Feel free to add a photo or video.

You can also tweet your renegade mom nominee using #RenegadeMom.