Now if you have been reading my blog for a while you will know that a few months ago, Dr Christian Jessen and I had a little bit of a row... click here to find out more! He consequently blocked me from Twitter. 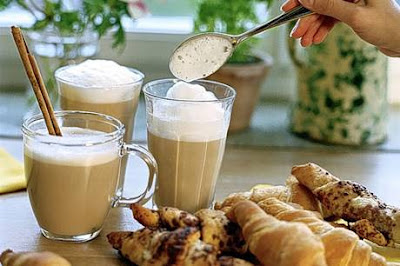 I stumbled across this article in the Evening Standard newspaper a couple of weeks ago, written by him, and for once I actually agree with him:

I think it is now an undisputed fact that in the long term, diets don’t work. Any sort of prolonged calorie restriction alters the body’s metabolic processes, affecting the way in which food is processed and stored. Most extreme diets result in dieters putting on more weight in the future.

In fact those who generally cheat a bit throughout their diet period ironically tend to do better, as without such severe calorie restriction their body doesn’t turn to starvation mode. Weight loss may be slow or — if really bad at sticking to it — non-existent, but cheaters are less likely to suffer a rebound weight gain at the end of it.

The other problem is that few of us have the willpower to stick to anything too extreme, especially if it involves cutting out certain foods altogether. There are too many temptations all around us, and our innate drive to eat, based on millennia of evolutionary conditioning, is just too strong.

Despite this, yet another new diet - the Six Weeks to OMG, by Londoner Venice A Fulton - has emerged claiming to have all the secrets to simple weight loss — and to be able to  turn conventional dietary knowledge on its head. Its main recommendations are to sleep in, skip breakfast, take cold baths or showers, and to drink coffee before exercising. As with many of these diets, some bits may be reasonably useful for some people, while others are total nonsense and may even lead to serious health problems in the future.

Skipping breakfast is my first problem for a number of reasons: food affects mood and waking hungry — as one often does when dieting — but not satisfying that hunger will mean the day does not start well. Feeling hungry is not a good feeling and there are few of us that can suppress it and not cave in. Breakfast is probably the one meal of the day when you can indulge a little more — as the food is burnt off during the day.

It is no surprise that one-third of obese people skip breakfast, and we know from many studies that breakfast dodgers have more poorly controlled blood sugar and increased body mass index. Being hungry at the start of the day means either a binge mid-morning or an inappropriately large lunch, followed by a larger than average evening meal.

The suggestion that you sleep in, or at least make sure you get enough sleep, is good common-sense advise, but somewhat impractical. Try telling a mother with young kids to make sure she gets enough sleep and she will probably slap you.

The cold morning bath is perhaps a little militant, but actually would result in an increased metabolic rate, so this advice is sound in theory. The problem is that, like anything extreme, very few people will be able to tolerate them and keep them up. I know I wouldn’t.

Drinking coffee before the gym is something I already do — I find it does help give me a bit of a boost when I’m feeling sluggish, but there is no more secret to it; caffeine acts as a stimulant, and it’s the gym that will help with weight loss, not the coffee.

As with so many of the existing fad diets on the market that require strange ritualistic eating behaviours I can’t help wondering; if people have the willpower to stick to these for a bit, then surely they have the will power to stick to a long-term healthy, balanced, portion-controlled eating plan, which makes far fewer demands on the psyche?

Are you a breakfast skipper and if so why? And if you do eat breakfast, what do you eat and how does it make you feel? Are you hungry before lunch or does it keep you going? I'm curious.
Posted by Miranda B at 13:51