You may have heard that I had the honour of meeting Ruby Wax on Tuesday and we went to the Ritz for tea. As you do...! I won a competition on her website - blackdogtribe.com - everyone was invited to share their experiences of mental illness and Ruby chose 10 winners to join her at the Ritz. It was one of the most surreal and exciting things I have ever done.

My piece which won me my seat around the beautiful table in the private Wimborne Room in the Ritz is here.


We were all sent this video once all the winners had been announced:


And here are some pictures of the day itself (taken by me, Sophie, Anne and BlackDogtribe.com)

This is the dress I wore (from Jaeger):

Arriving at the entrance I was so nervous: 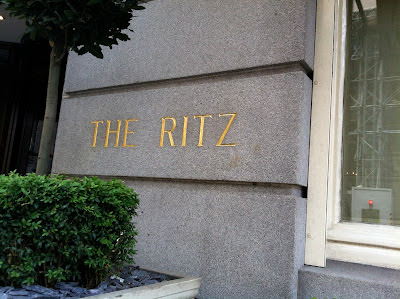 We were greeted by ice cold glasses of fresh orange juice... 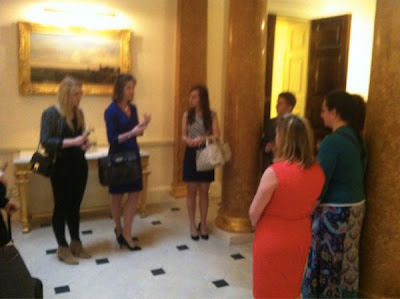 The table was beautifully laid: 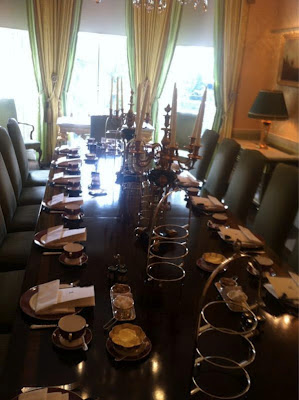 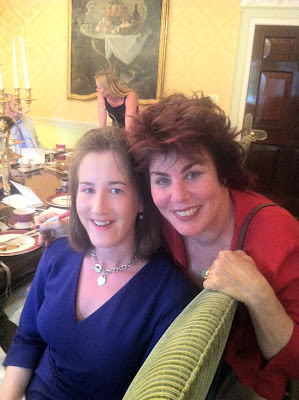 Ruby went round the table and spoke to us individually and reminded herself of our entries that she had chosen: 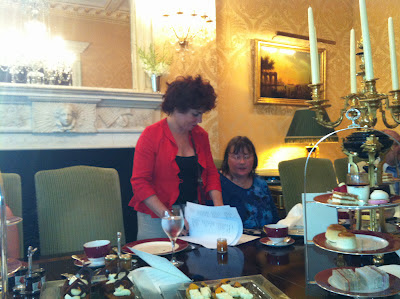 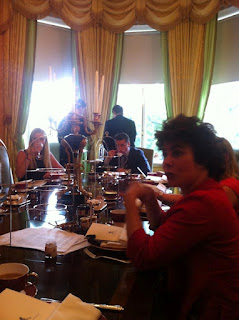 We were allowed to keep our menu booklets which were very smart, and Ruby signed this photograph of her for each of us: 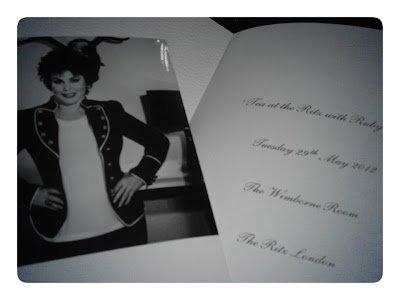 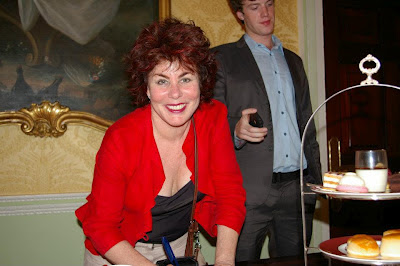 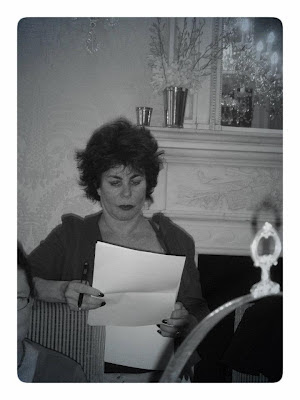 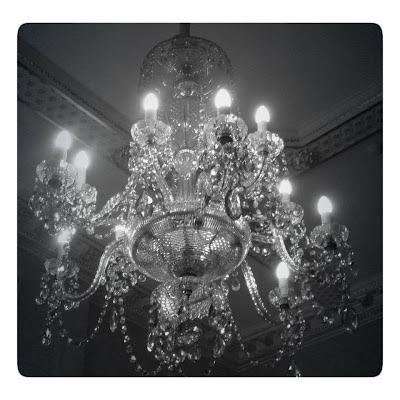 This is the team of winners with Ruby in the middle in the first row, I am just behind her: 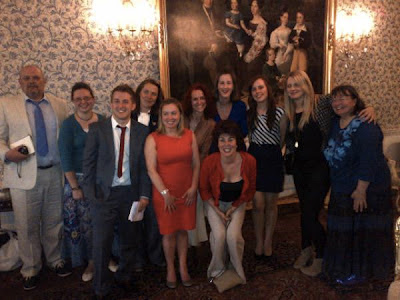 The local newspaper put a snippet in the paper about my trip here: 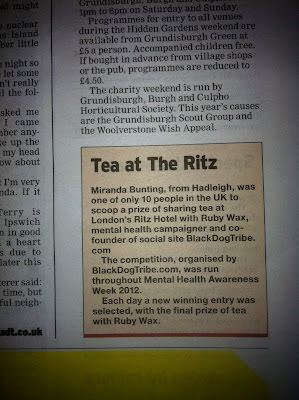 Our aim is to stamp out the stigma that is associated with any kind of mental illness. It is a serious battle fighting mental health problems - and its a further hurdle having to put up with people's judgements and criticisms. 1 in 4 people will experience a mental illness in their lives - thats a quarter of the population.

Grace, one of the winners, names depression as Ted. We all thought this is a very good name and hope that more people will adopt it. There is a vague plan to organise a march through London or a conference in order for people to meet each other within their tribe. 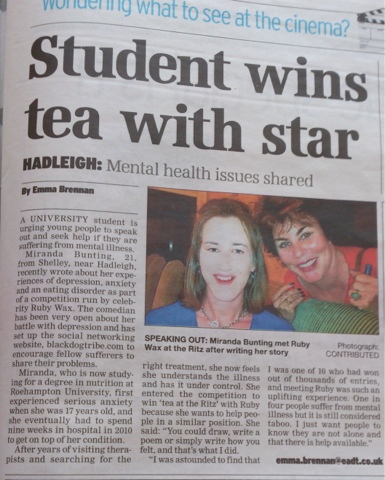