I came across this article at the weekend - it couldn't be more relevant to me. 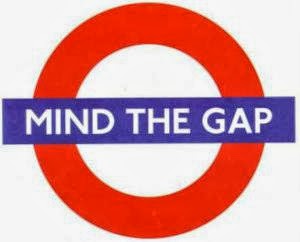 In one of my first blog posts over a year ago, I posted a photograph of my sister during a wonderful weekend we spent together. She doesn't realise this but she has a huge fan club via Twitter and my blog. She's literally got a queue of people desperate to meet her (I'm feeling smug because she's mine!).

The funny thing about that Daily Mail article (first link) is it was published on Sunday - Ella's 8th birthday. 29th Sept is such a special day for us as our world was turned upside down, back to front and back again - for the better. There is exactly 15 years between us. If she hadn't been born 9 weeks early, she would have been born in the same week as my birthday. We have a brother too who is only two years younger than me so there is a 13 year gap between them. We all get on well and have a hilarious time together but there is something particularly special about a bond between two sisters, no matter what the age gap. I think it would be the same between brothers.

Ella and I are unbelievably similar - we were both born 9 weeks early for the same reason, we both had the same operation on our tummies within 10 days of being born, we both have/had problems with eating and we both have tendencies to be anxious. We have the same sense of humour amongst much else..
The age gap can be inconvenient - we haven't until recently been able to do much as a family as E is too young.

I can't imagine what life must be like to have much older siblings but also to be SO much younger than everyone else. She doesn't have that "normal" sibling thing going on like a lot of her friends where she has to share her toys (I am not battling it out with her about who's barbie is who's..none of them are mine I promise!) and compete for things.. My brother and I aren't home much and the gaps between when we are there must feel like such a long time. I go home a lot and it must be hard for her to sometimes have a "third" parent. I definitely have crossed the line between acting as her sister and acting as her second mother. I think its equally hard being the eldest as it is being the youngest.

I feel so fortunate to have a brother and a sister - I definitely take it for granted. The joy for my parents is that they can rely on me to babysit for free if I am home, which I don't always mind. I don't envy my parents for having to re-do stuff like help with times tables, homework, teenage tantrums (not that I had many of those... I did!)

I like to think that I am paving the way and will always be her friend and someone for her to look up to / go to with a problem.

Oh and she still loves that Build a Bear shop... damn - but I don't mind the gap, in fact I love it and wouldn't have it any other way.
Posted by Miranda B at 14:41