Not including the Ice Bucket Challenge, which is in full splash and clogging up every Facebook newsfeed round the country - there are two things, which I believe sum up the summer -

Demi Lovato singing Let It Go from the film Frozen has been on repeat in our house for what feels like forever. My sister even wrote down the lyrics from YouTube and learnt it word for word - singing it at the top of her voice whilst dancing on her bed.

If you have made it through the last few weeks and months and haven't seen someone wearing one of these then frankly WHERE HAVE YOU BEEN ? I even had a lesson in how to "loom" and made one for myself - I got so into it that it became too long and we had to unpick it... 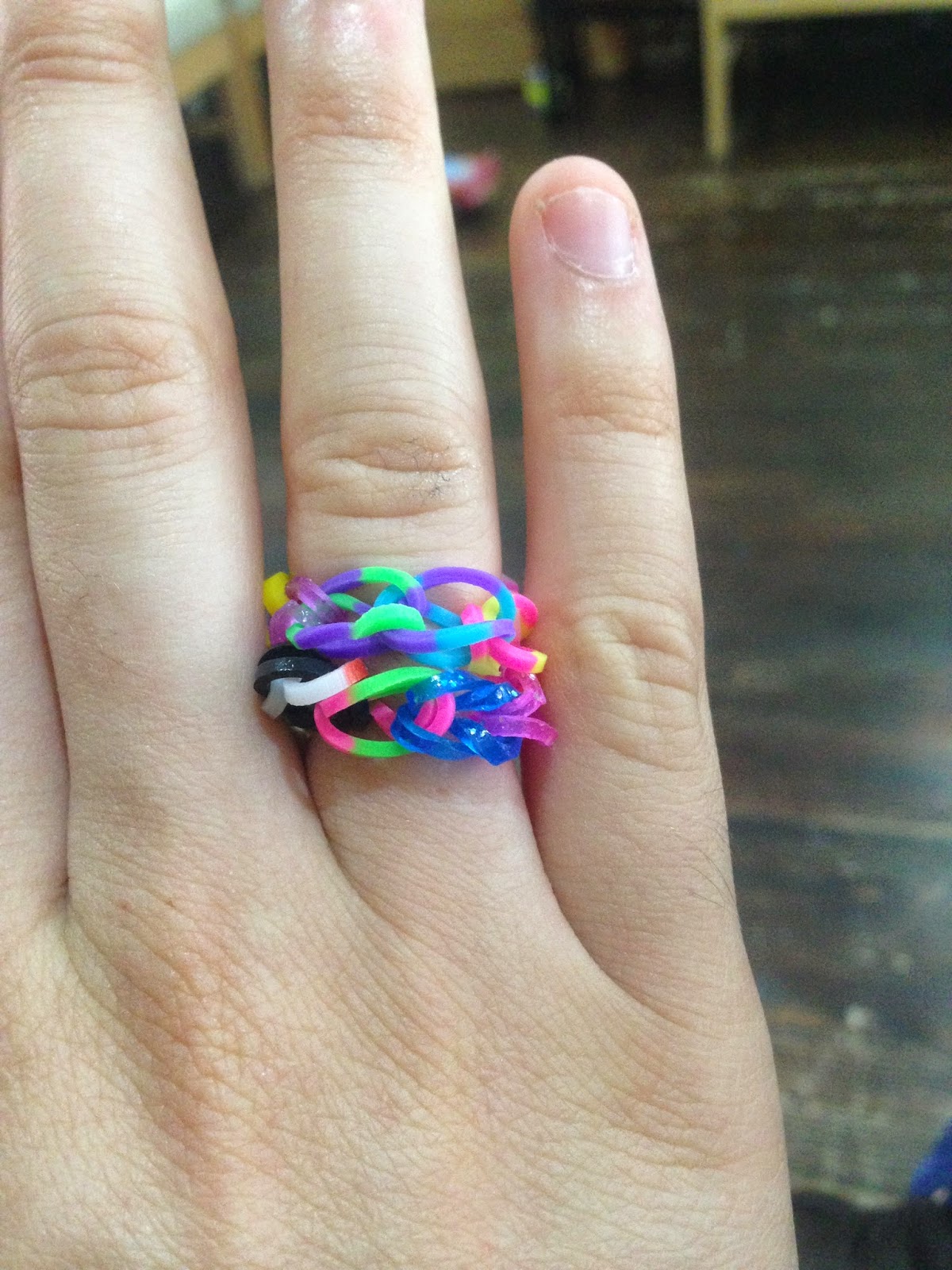 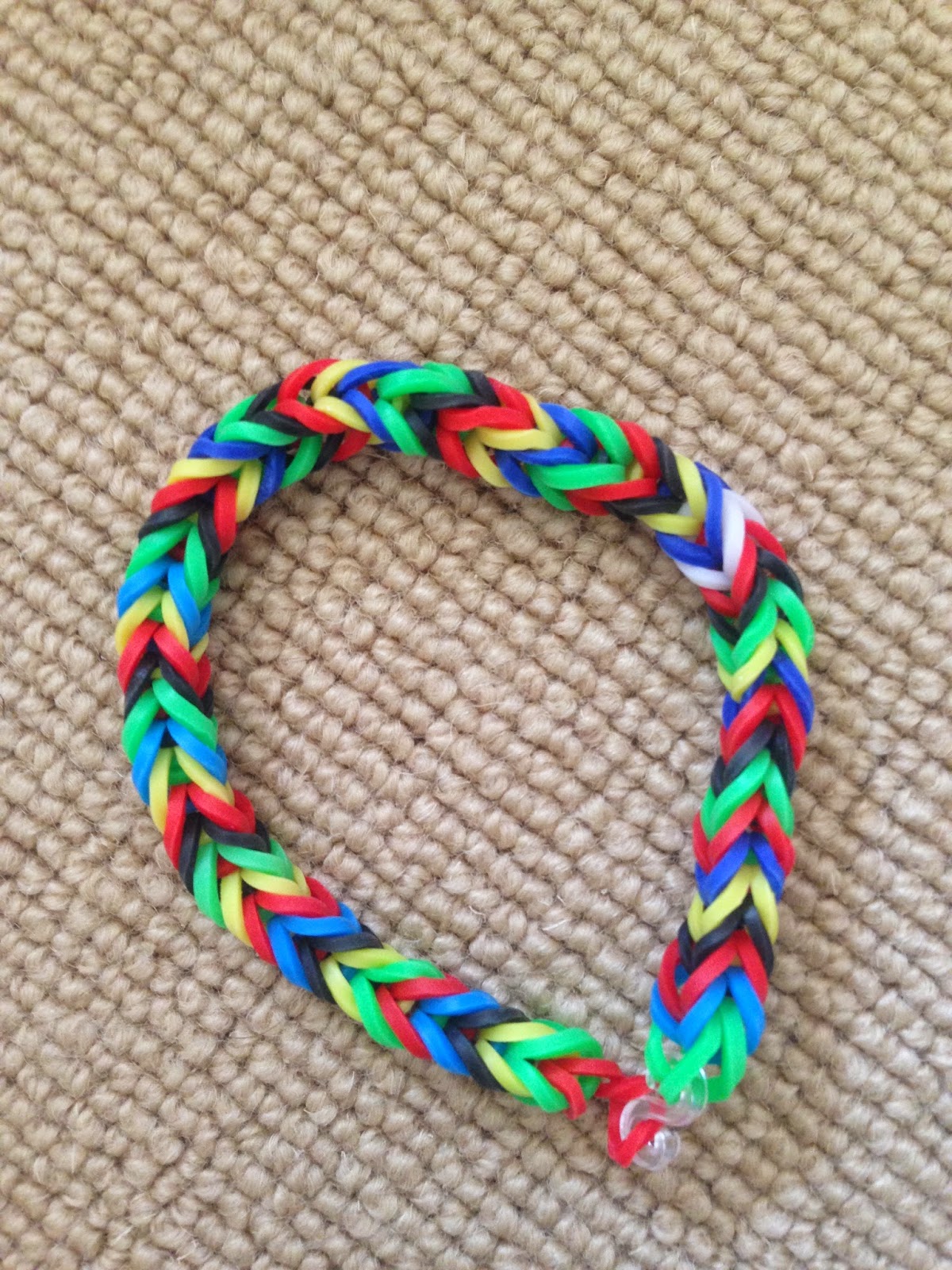 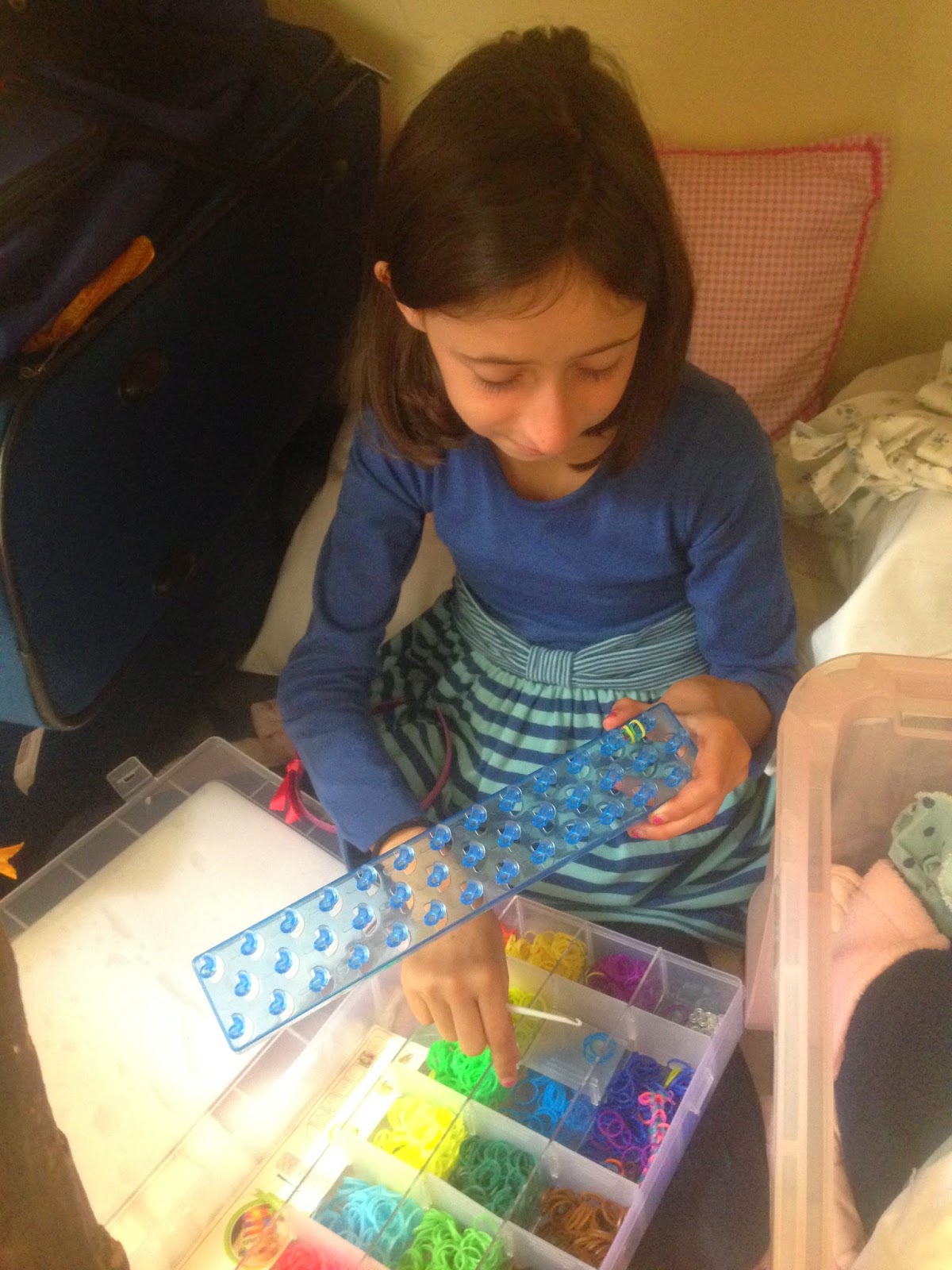 Today I was nominated for the ice bucket challenge and I *might* share the video on here.... it was chilly..!

Anyone who has read this blog for a long time or who knows me well will appreciate my fondness for the leafy West London district of Notting Hill. Not only do I LOVE it but I am also lucky enough to LIVE in W11.

There is NOTHING I don't adore about this pocket of London. I don't even mind the hoards of tourists who stand and pose outside the Travel Bookshop and stop and ask me to take their photo.

One Million people will descend on W11 this weekend for the famous Notting Hill carnival and as long as I come back from my weekend away and the house is still standing, I don't mind... Last year Rachel Johnson's ceiling fell in so I am hoping that won't happen to mine either..

BUT - last weekend, I found myself heading to the edgy EAST. I headed to Shoreditch - Brick Lane to be precise. 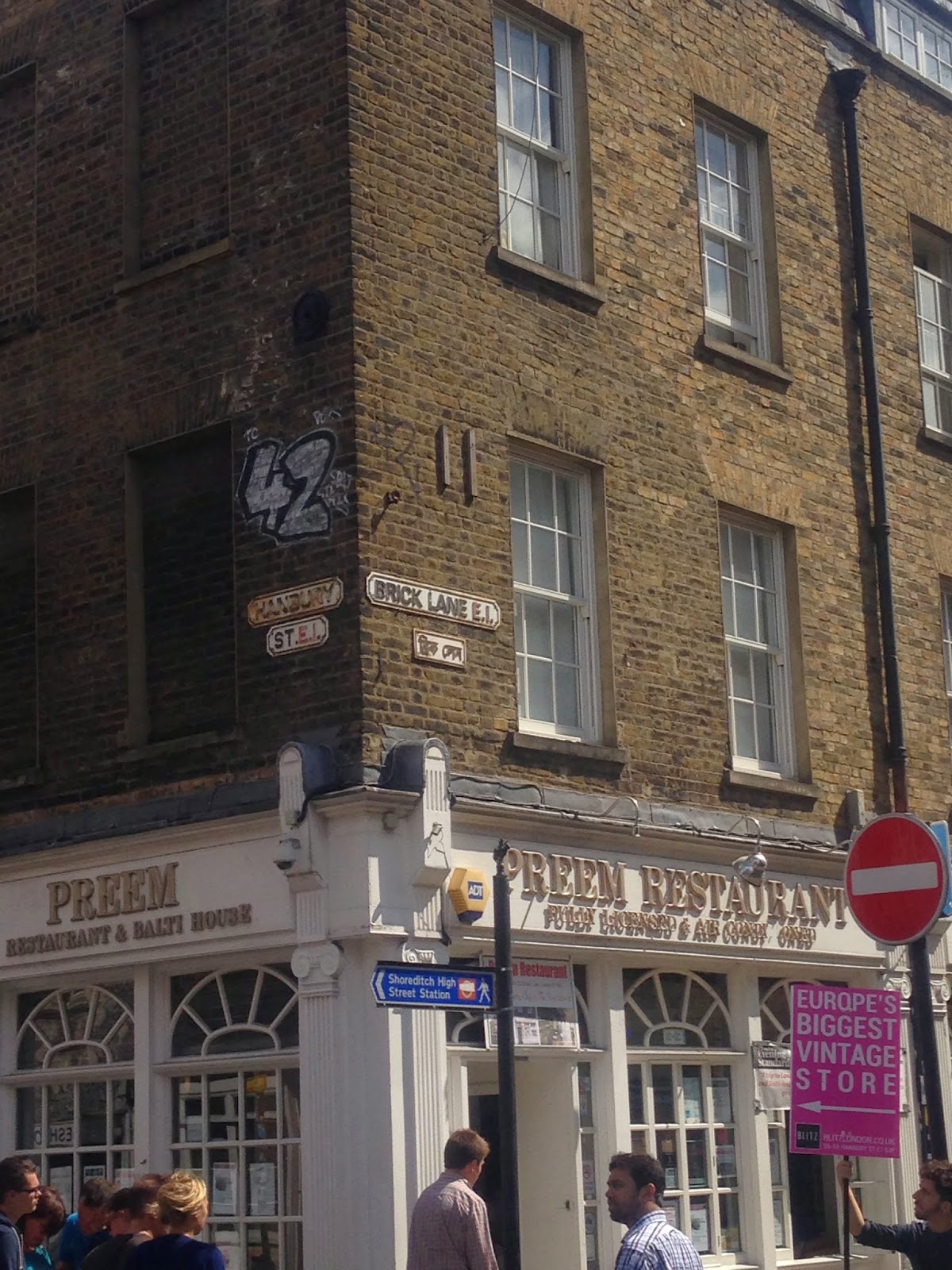 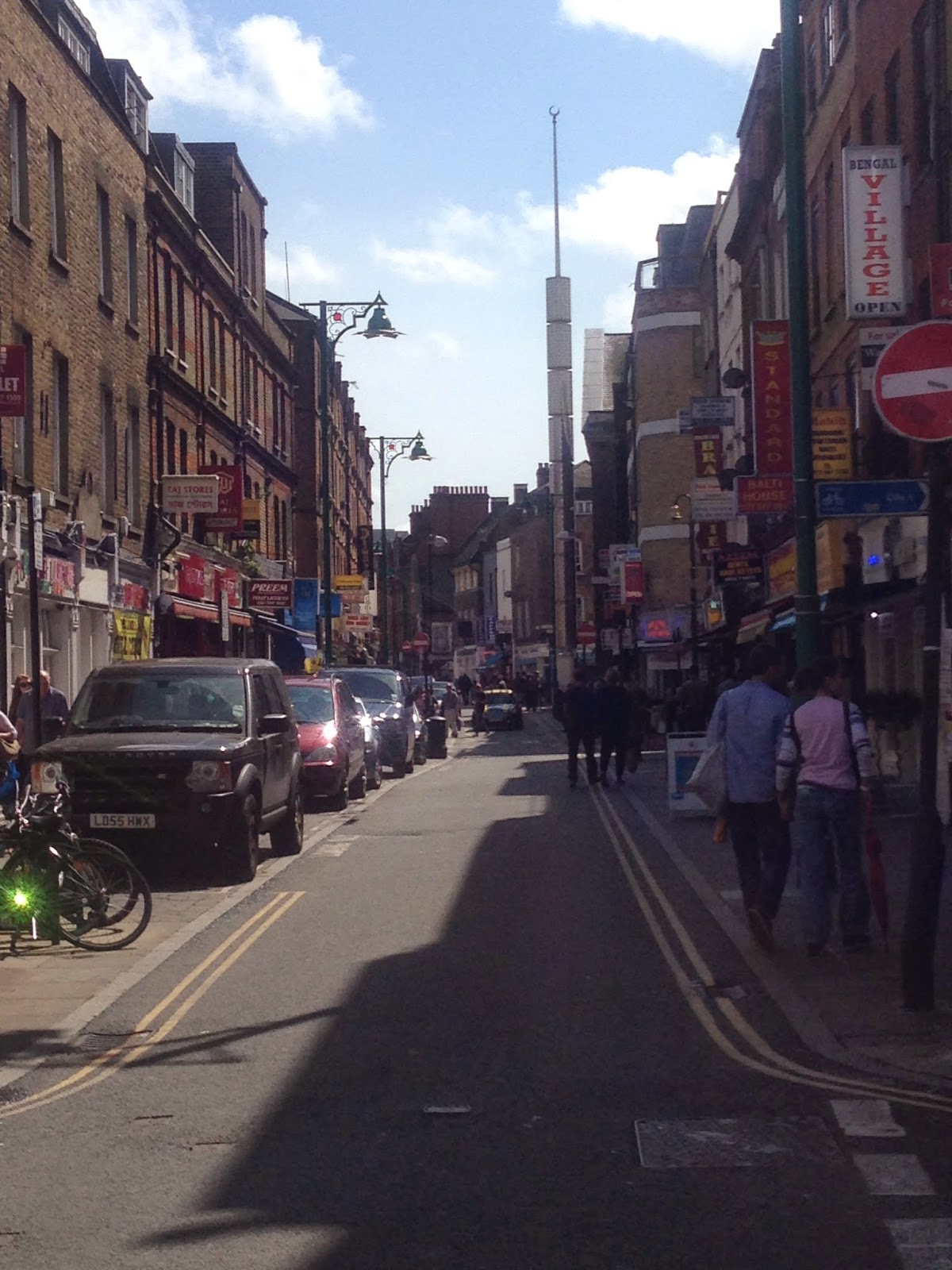 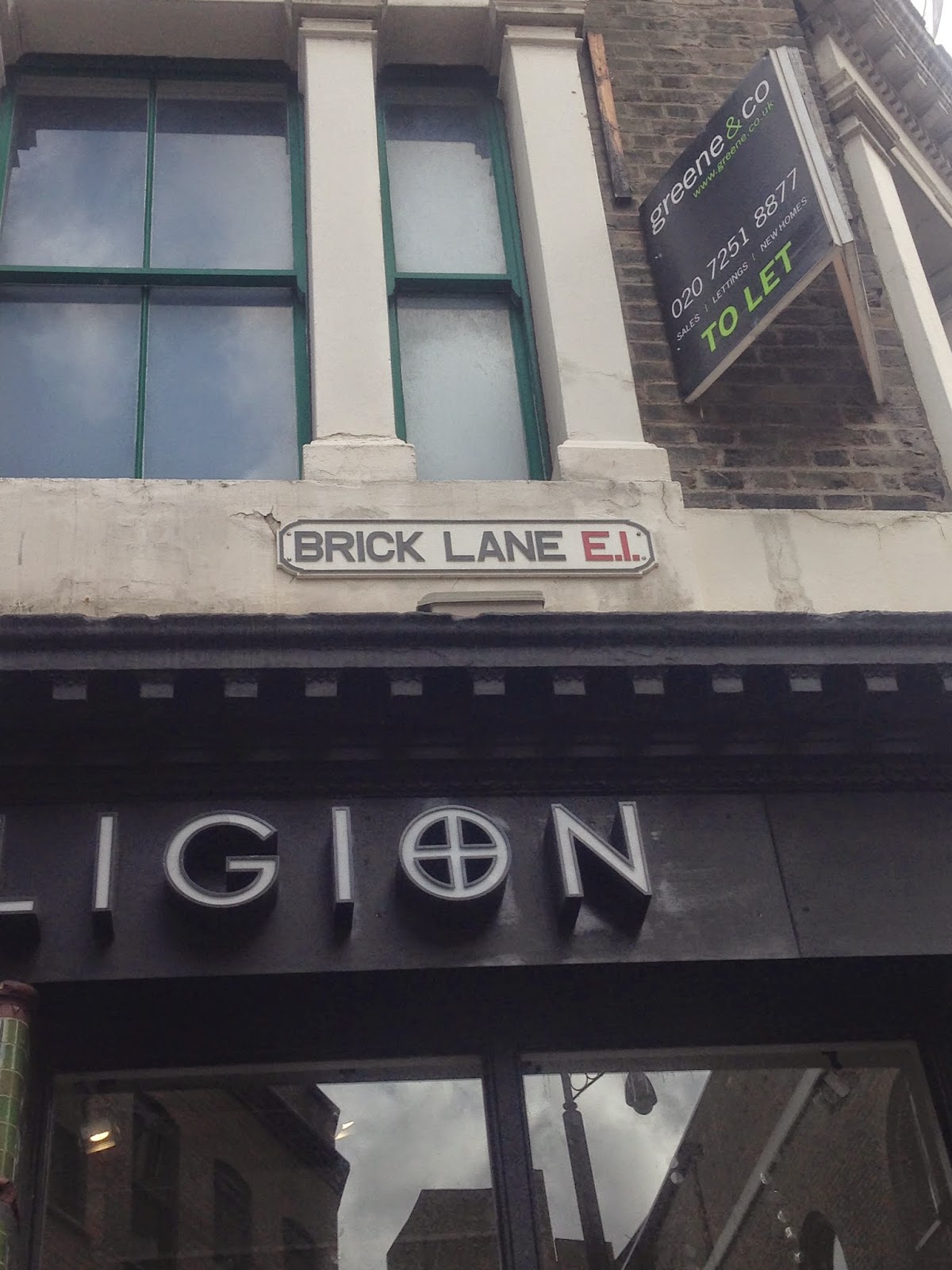 I took this photo because (a) I loved the title of the shop and (b) because Ruby bought a battle ship in Buxton (see below) whilst on tour earlier this year (and she wants to sell it - perhaps THIS SHOP ROCKS will take it...?) 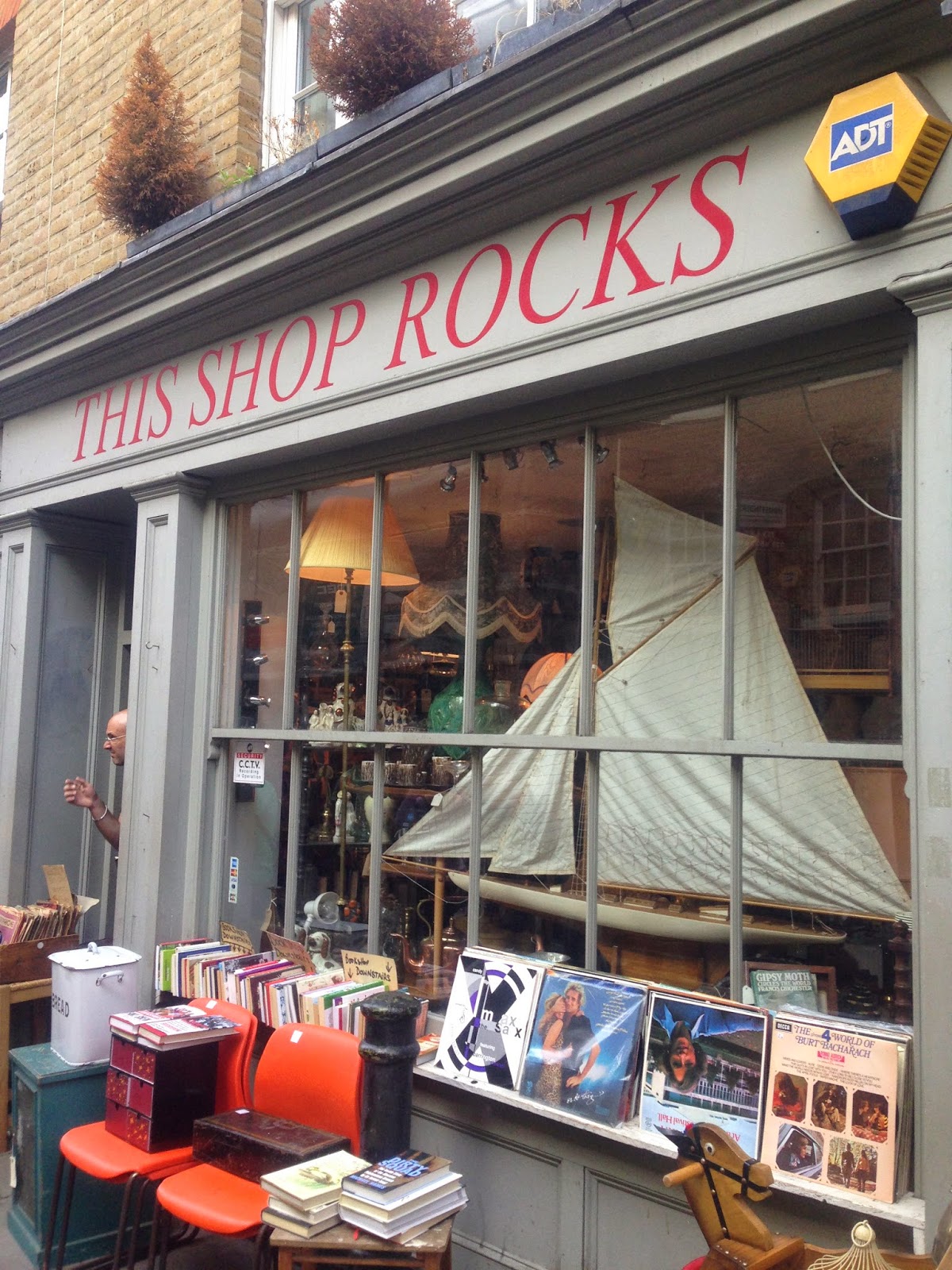 I lugged a full pirate ship from Buxton to Lindon with 2 stops big mistake the mast tore off a few nostrils pic.twitter.com/dC2yRSy2Si
— Ruby Wax (@Rubywax) May 4, 2014


Now THIS is my kind of shop and was the highlight of my afternoon - there was a brief rain storm (which didn't last long - see pic below) that caused me to seek cover in the most incredible shop called Dark Sugars - I was in my element... I challenge you not to dribble on the keyboard looking at all these truffles: 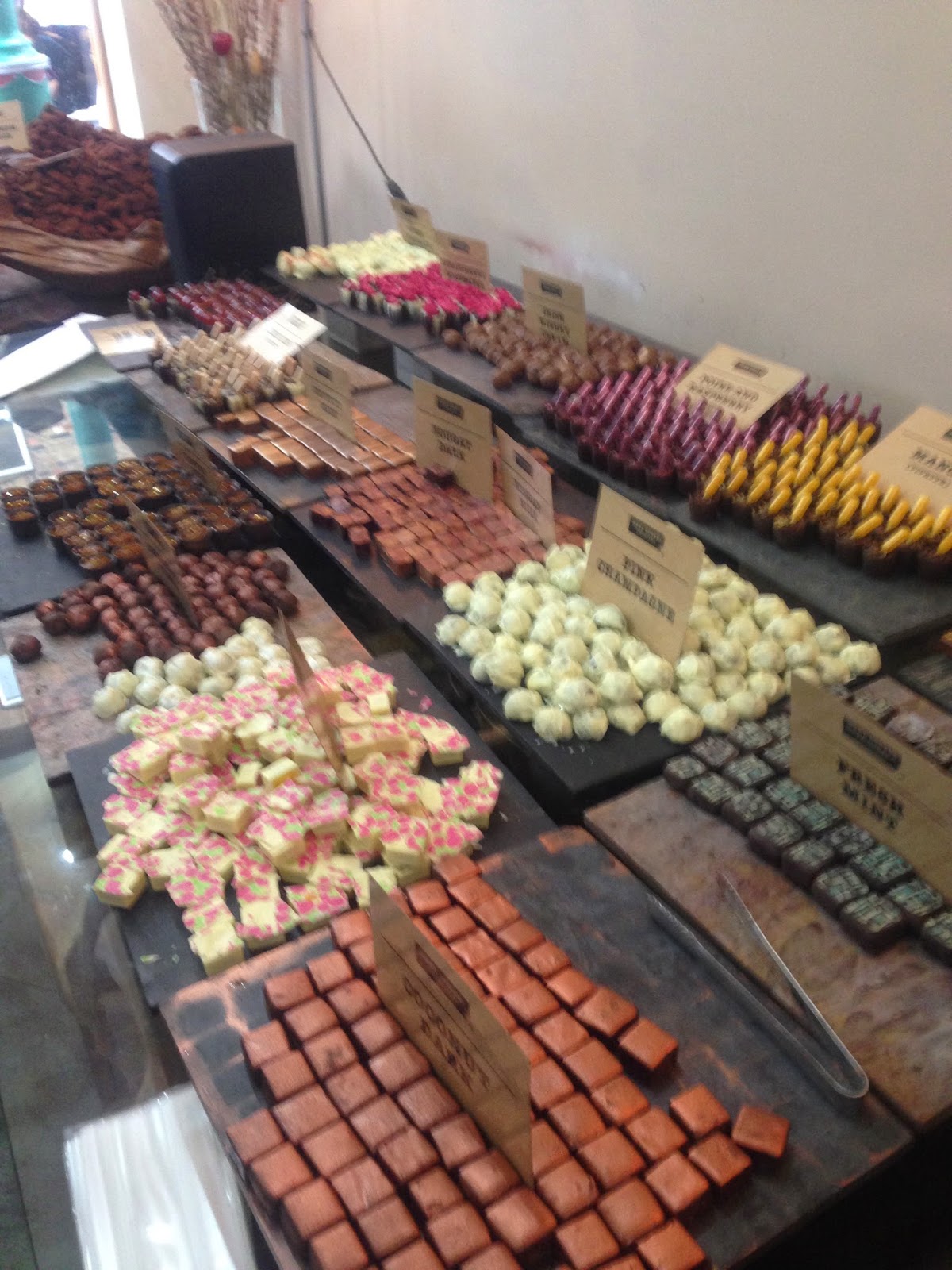 I bought some liquid sea salt caramel truffles and a few others, which were hard to resist: 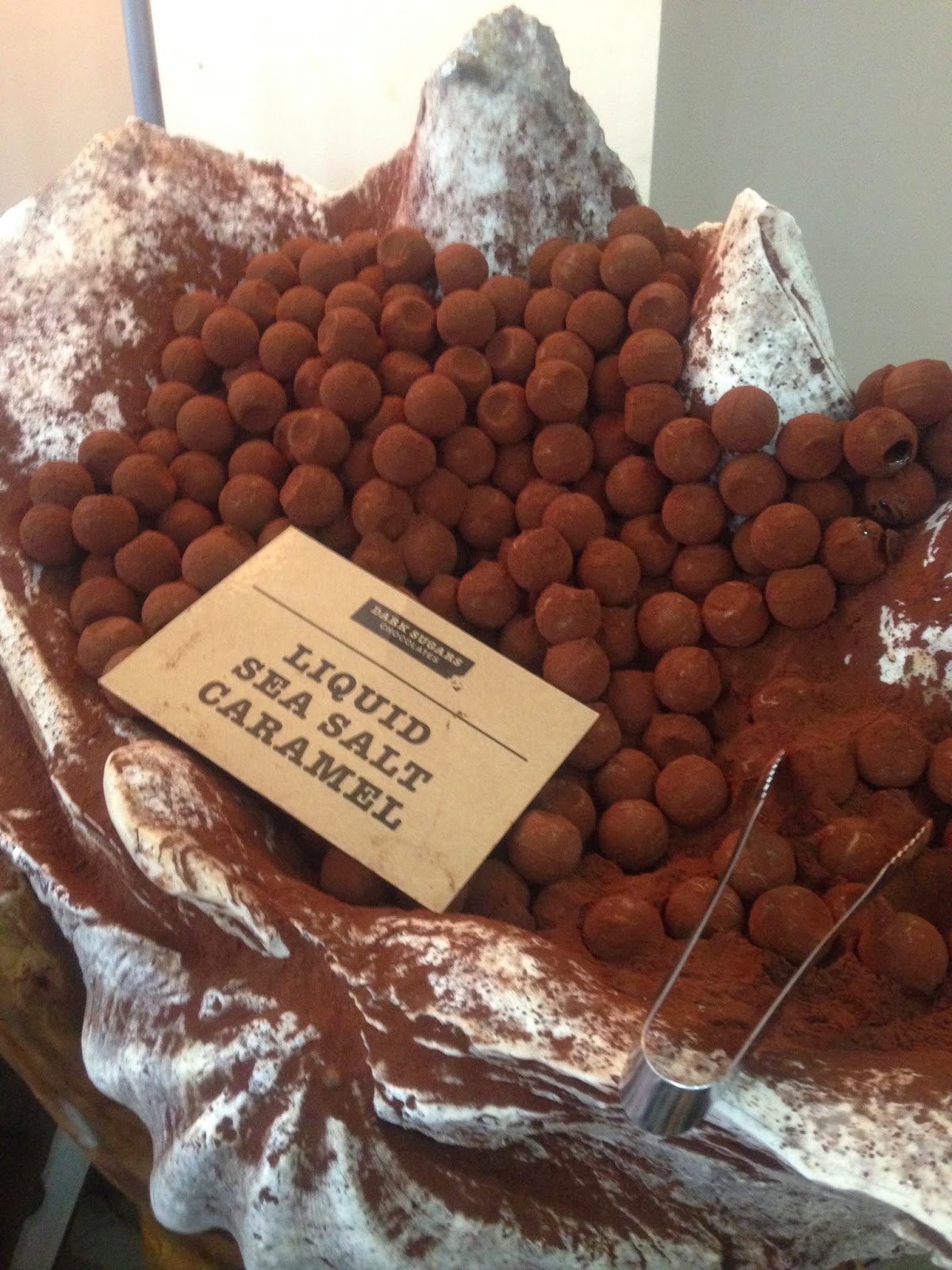 As the rest of my family lay huddled on the sofa at home in Suffolk where apparently there was rain, thunder, wind and talks of hurricanes round the rest of England, I looked up and saw hardly a cloud in the sky, which put an enormous spring in my step: 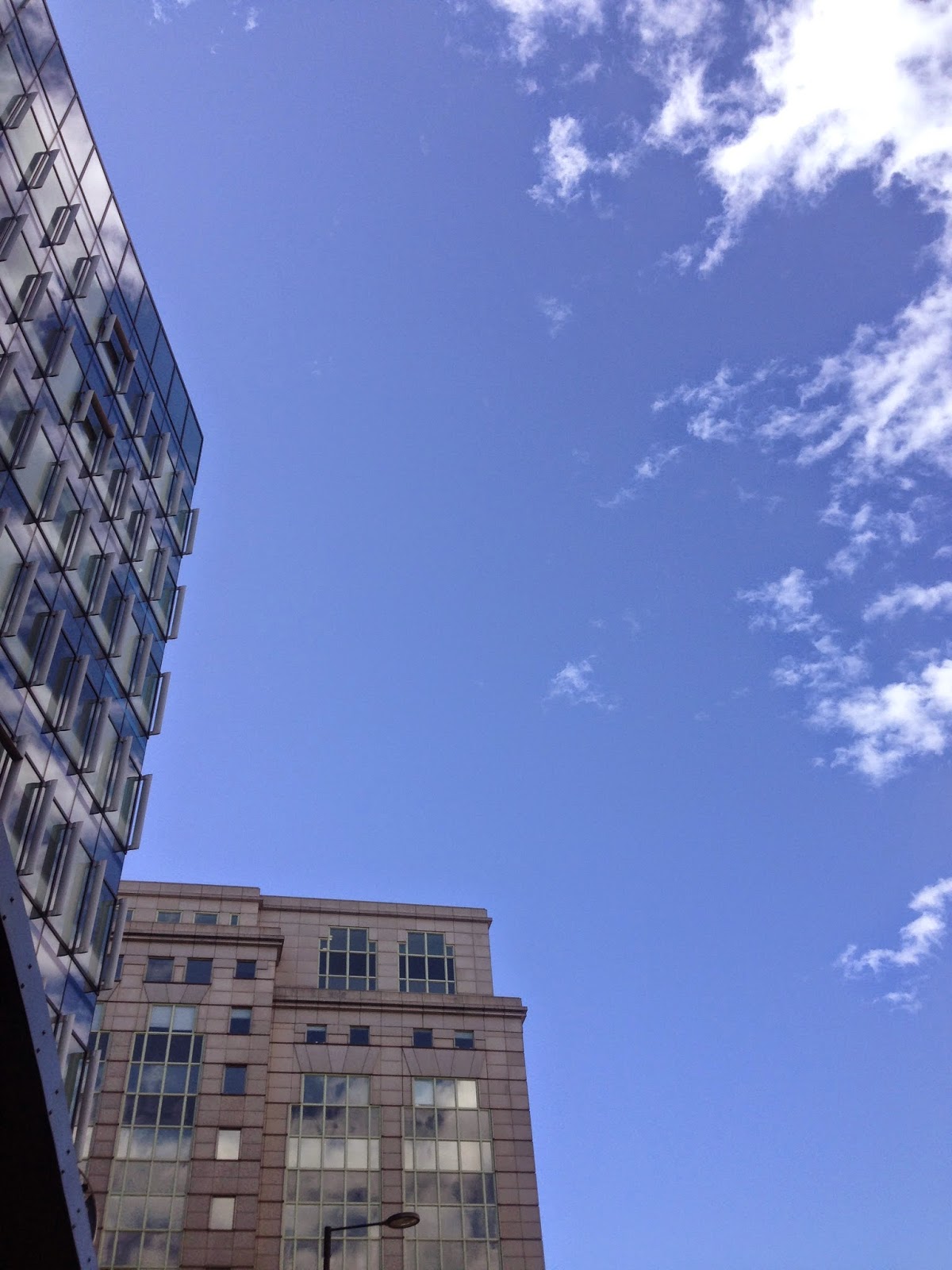 The only thing that ruined this delicious cup of tea and chocolate gooey tart was being harassed for money by a beggar who was looking for his next drink... I didn't even acknowledge him but the woman next to me offered to buy him something to eat - he DECLINED because he just wanted the $$$£££ to buy alcohol - the cakes and treats in the bakery were so sensational - I think he was mad to say no: 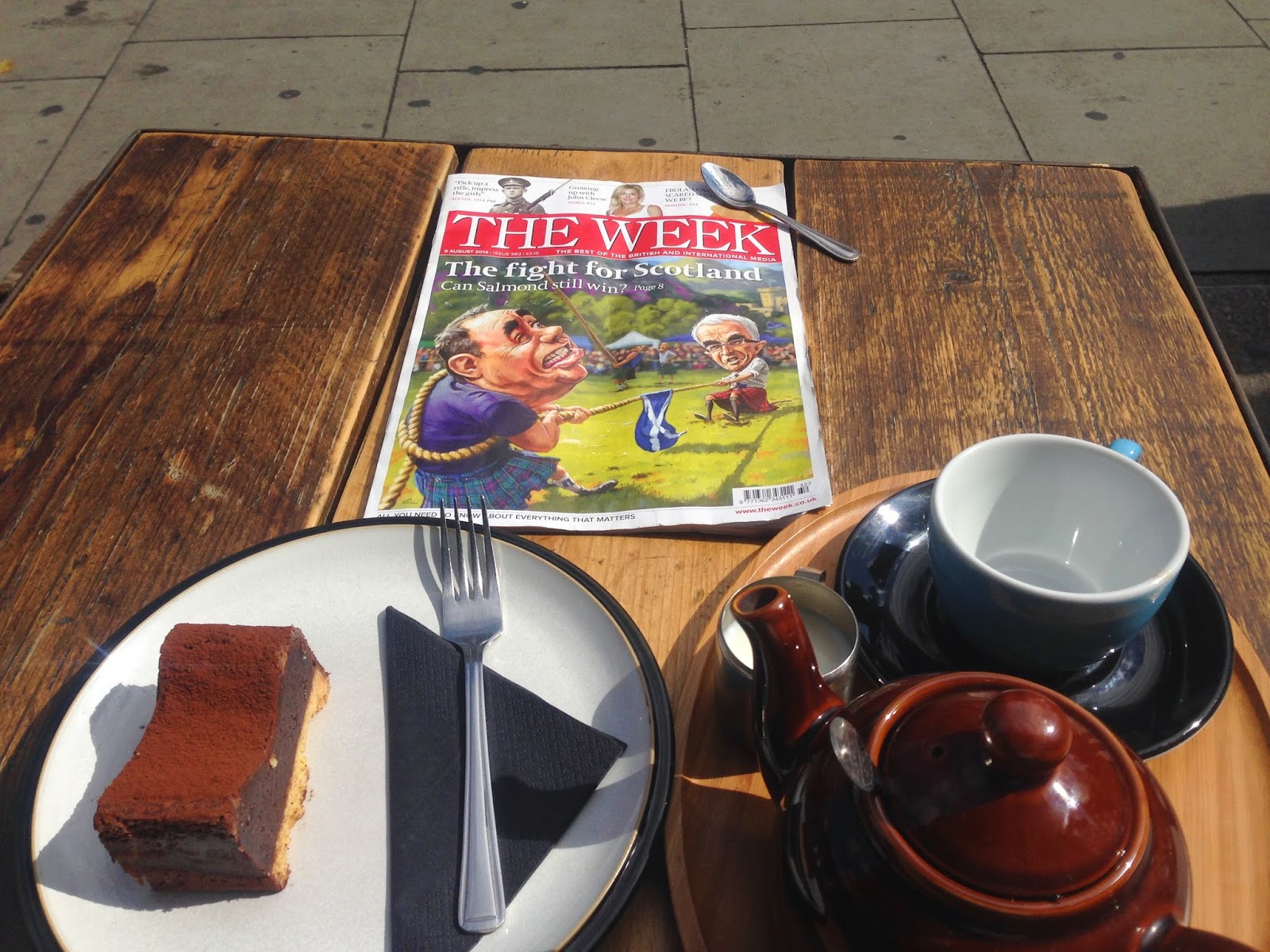 I also popped into the Whitechapel Gallery, which had some fun and bizarre things being exhibited. The perfect chance to practice being mindful and present..

All in all - a thoroughly enjoyable afternoon - although there are so many delights on Portobello Road and in the rest of Notting Hill that I think I will stay here for now...

**resumes constructing defences in preparation for the Notting Hill carnival**
Posted by Miranda B at 23:07 No comments:

The Ice Bucket Challenge has been a viral "thing" this summer, helped by Social Media - raising money and awareness for the ALS Association. I love it when something silly like throwing a bucket of ice over one's head is all for a good cause.

Here is what happened when David Beckham took on the challenge - hopefully if you click on the link, the video of him doing it will come up - if not, try the YouTube video below:


Looking forward to seeing Leonardo DiCaprio (DB nominated him to do it) take on the challenge...
Posted by Miranda B at 22:27 No comments:

Out of the Blue (Oxford): Hips Don't Lie

I am sure I saw Out of the Blue performing live whilst I spent a year in Oxford - they would do impromptu sets / busking style in the street. They were amazing - Shakira spotted their version of Waka Waka and Hips Don't Lie this week on YouTube and it went viral...