The Mumbles in Edinburgh

The first thing I did when I got off the plane in Edinburgh at nearly midnight was head to a bar - lead by my brother and his friends. I exclaimed rather loudly when I realised that a glass of Prosecco was only £3.25 and a Vodka and Tonic was only £2.50... Apparently this is normal.. In London, its about that much per SIP.

Not even the delayed Easyjet flight from Gatwick could wipe the smile off my face. I loved being a tourist - there was nowhere we didn't go. I hardly wanted to come back to London.

The thing about Edinburgh is that it's got everything that London's got and MORE. One minute you feel you are walking down Bond Street (George Street) and the next minute you are somewhere fun and studenty - the architecture was out of this world. The student flats were huge with high ceilings. The streets were all really wide. But everywhere is walkable.

We climbed to the top of Arthur's seat but the view was slightly ruined by the fog / cloud. 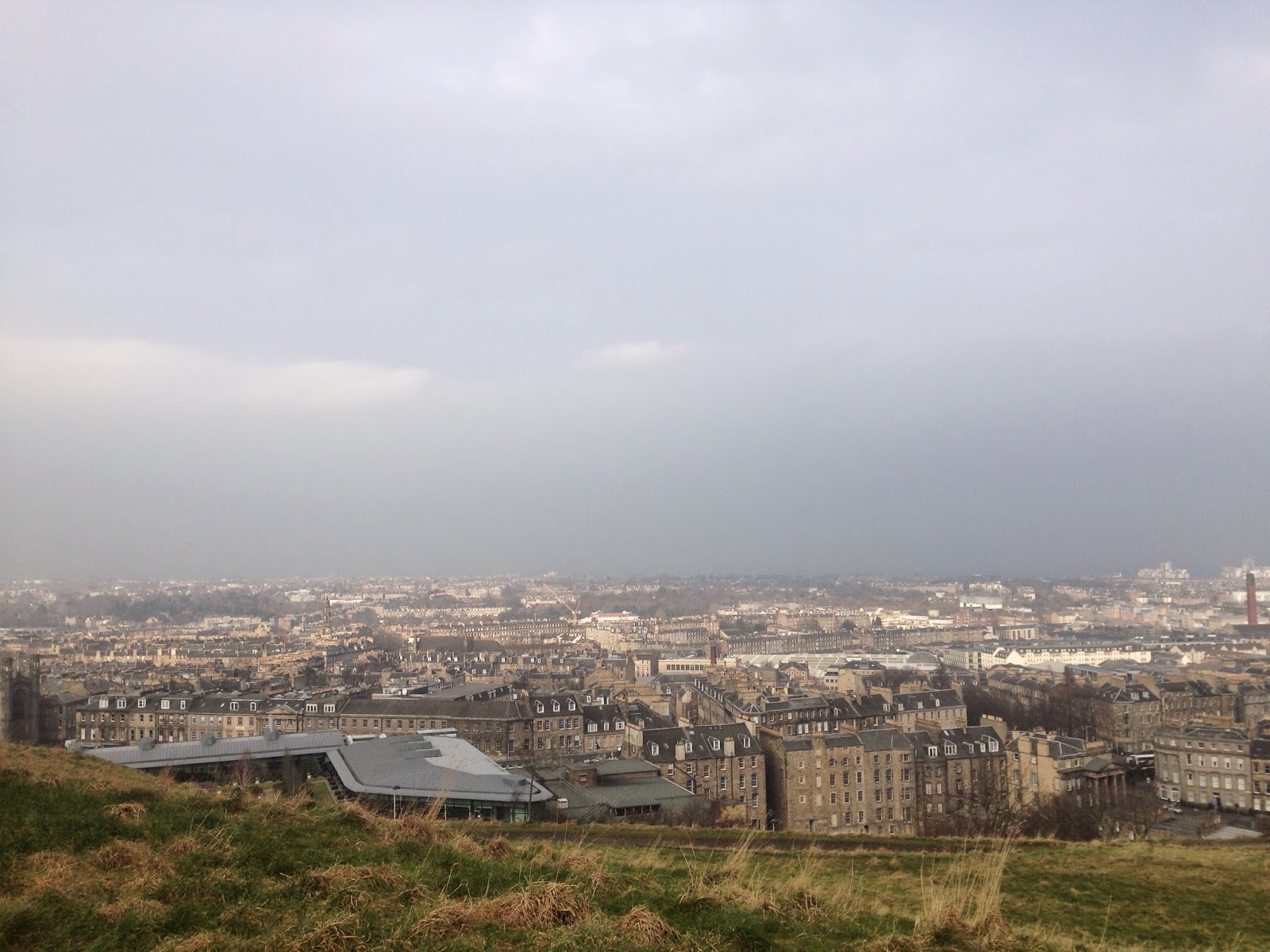 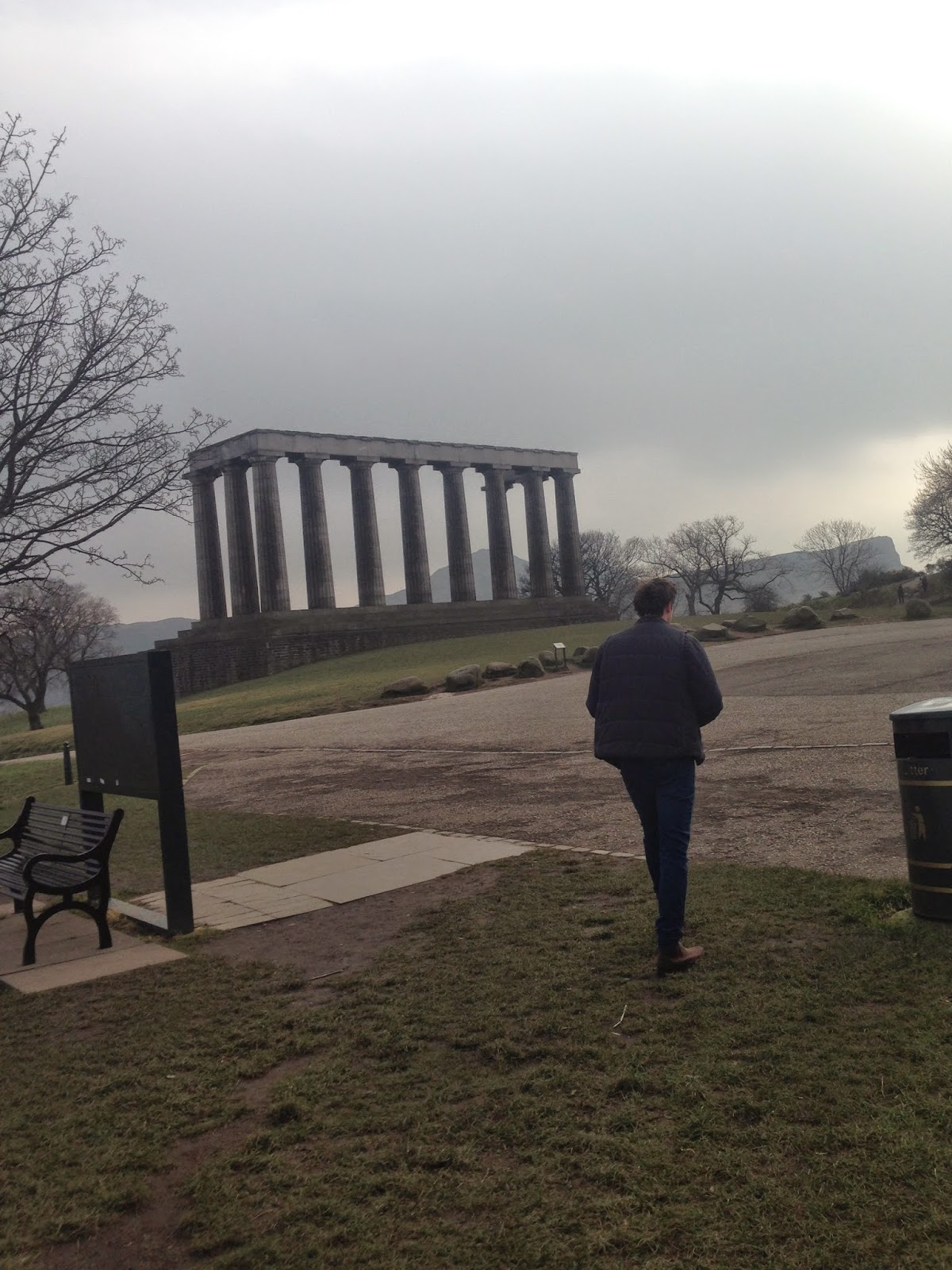 Had lunch in an adorable 14th century pub - 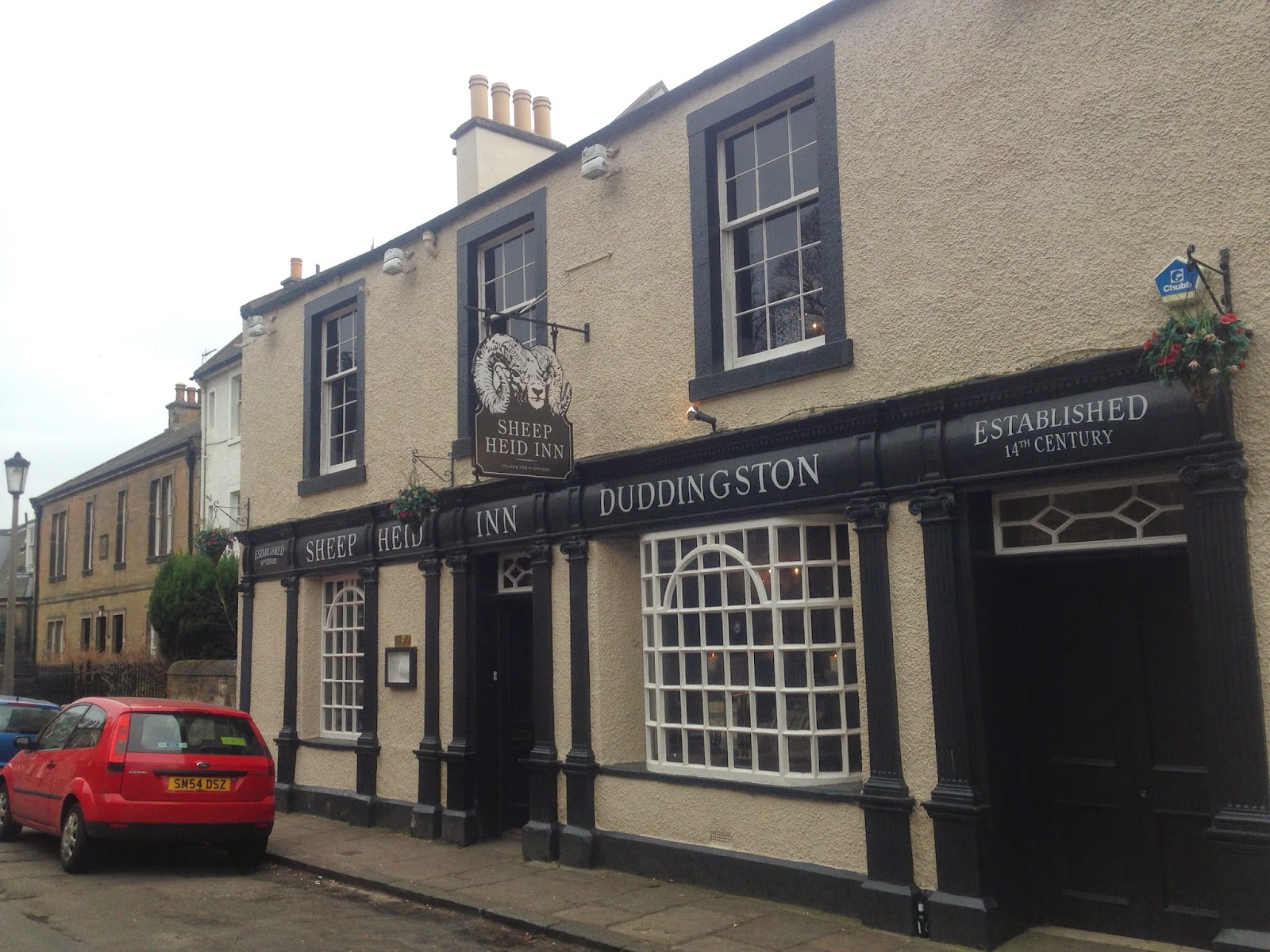 Admired the Balmoral Hotel - where JK Rowling wrote some of the Harry Potter books. Where ever you walked, you could hear bagpipes playing and I could never tire of hearing that. We also went into the Elephant House - they claim Harry Potter was "born" there but I don't believe that is strictly true. 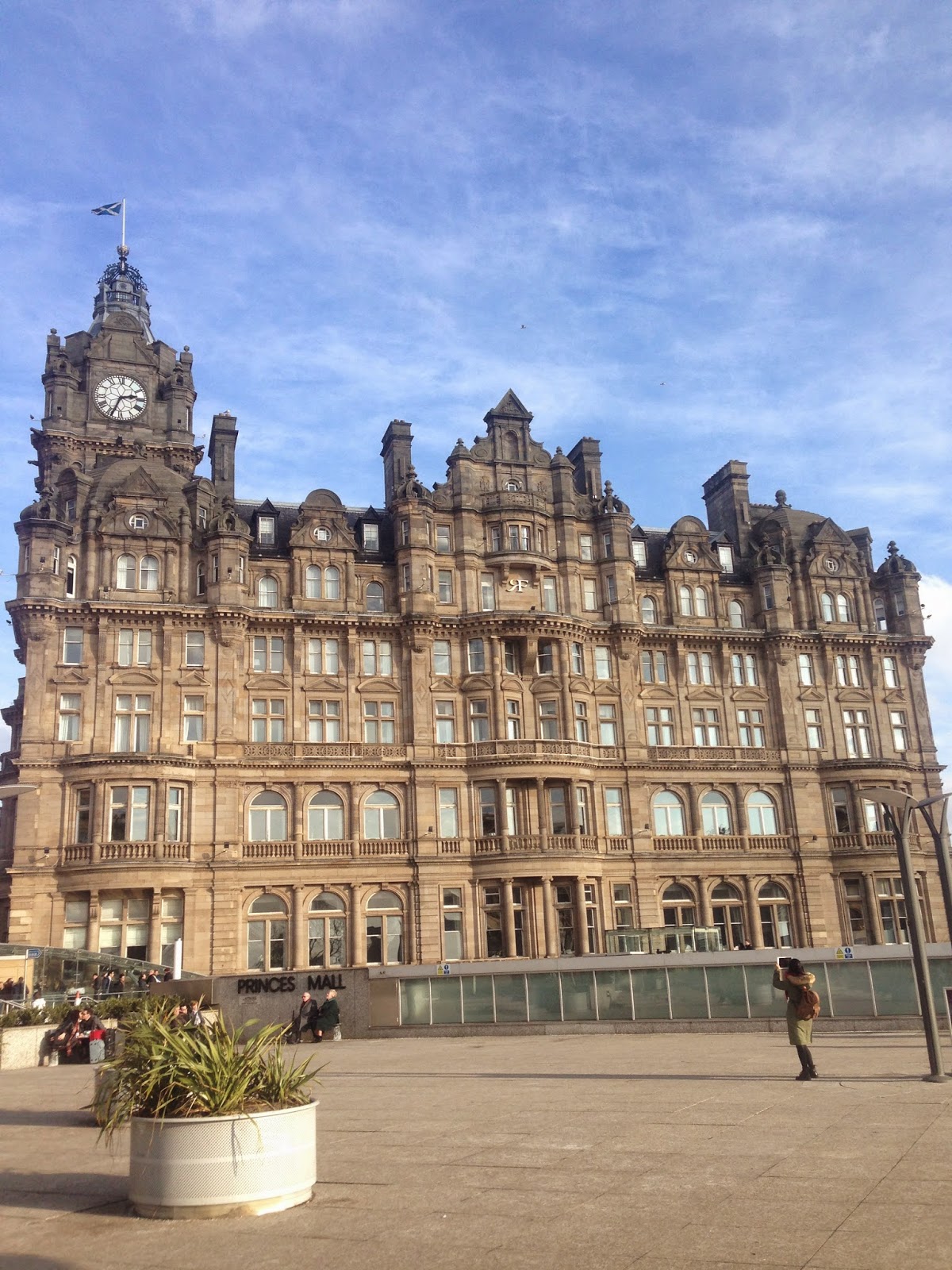 There was an amazing atmosphere all over the city - partly because of the Six Nations Rugby, which is not really my thing but it was fun nonetheless.

This was the glorious view on the train back to London - 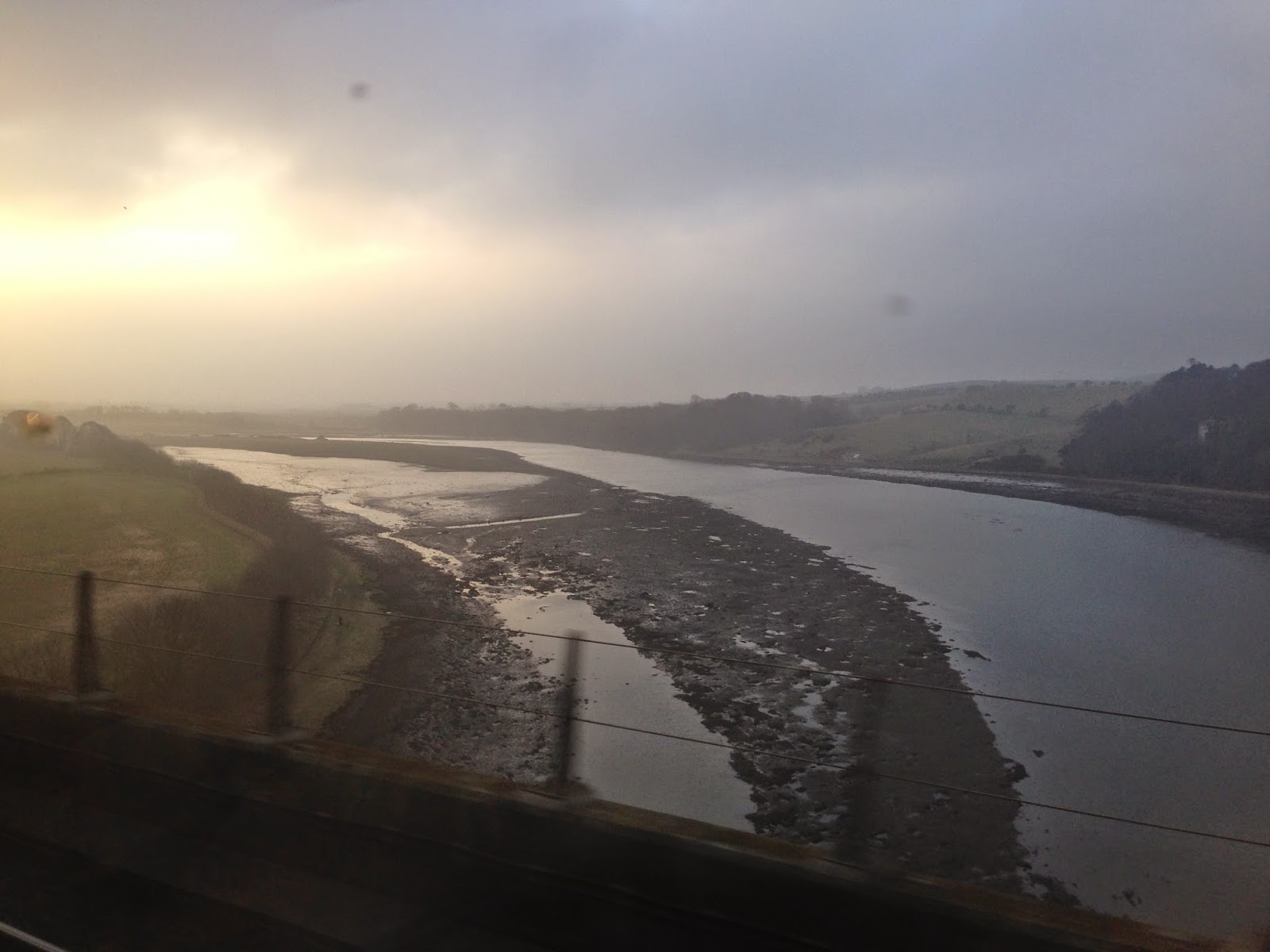 I loved the Museum of Childhood at one end of the Royal Mile. I was hoping to buy some cashmere but I couldn't find anywhere that looked like a good bargain.

I'll definitely be going back - for the cheap Prosecco if nothing else...! 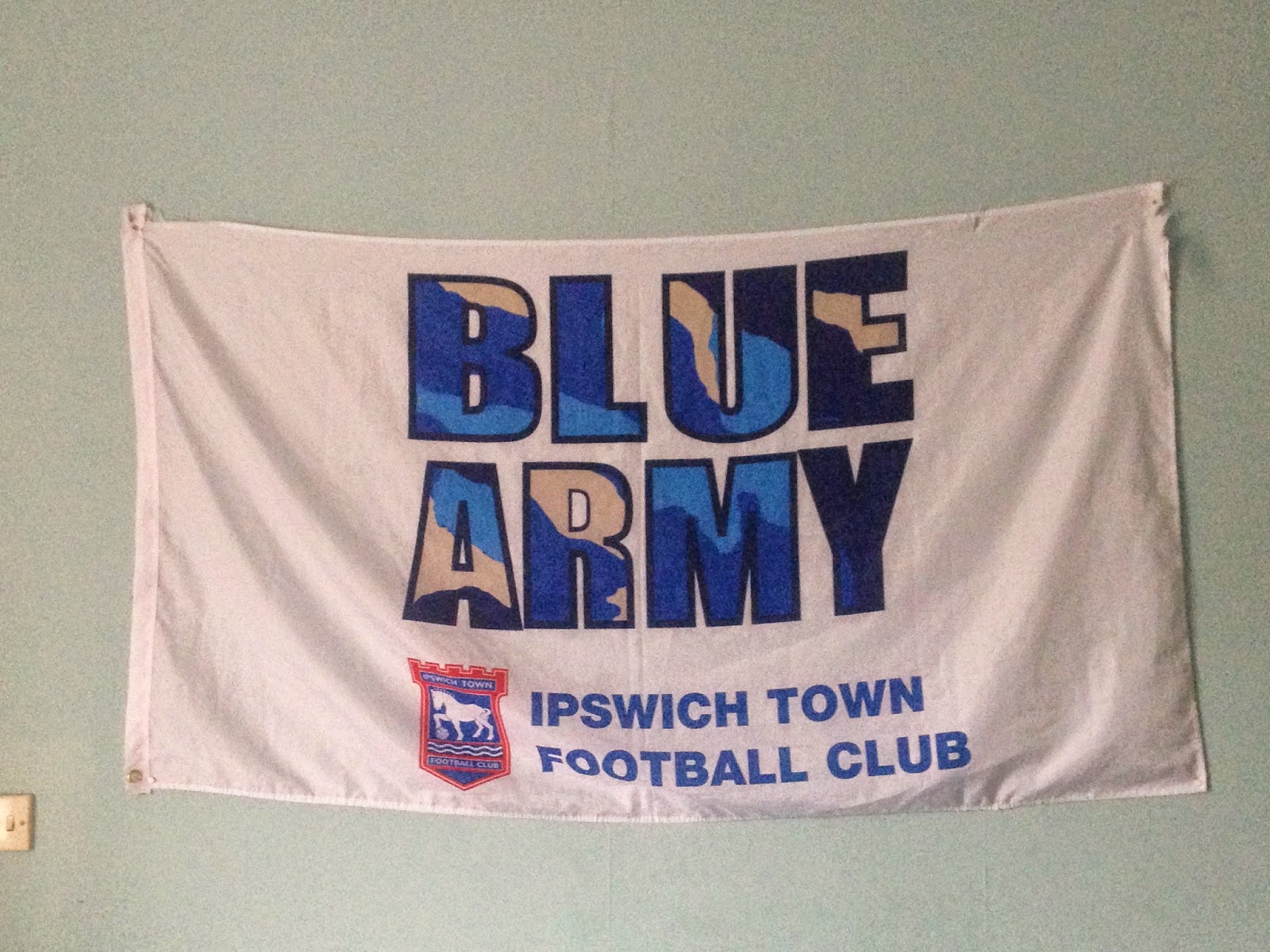 It's good to know the Tractor Boys are being supported from Scotland.
Posted by Miranda B at 08:35