I am a big fan of the St James's theatre in Victoria - its beautiful and gets some really good plays / performers doing their "thing" there. Its not too big and you can sit almost anywhere and have a really good view of the stage.

I always thought that Sane New World should have a stint there - and to my complete delight earlier this month, it did ! 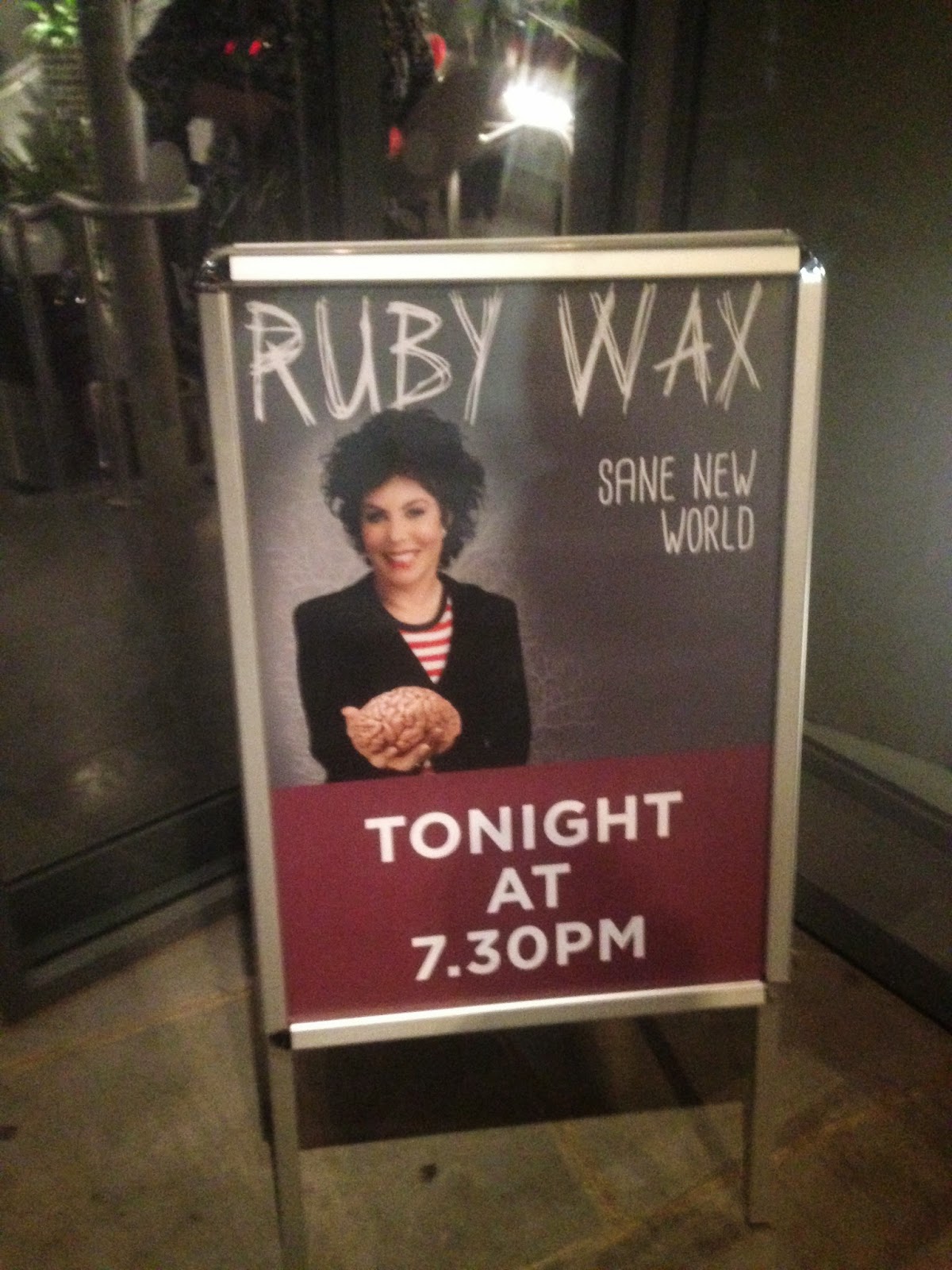 I was lucky enough to be invited on the opening night and then went a couple more times during its two week stint and was amazed at how the show matured and developed during that time. In FACT, since I first saw the show last year - just over a year ago - it has grown and changed a lot since then. It doesn't really matter how many times I see it, I can't fail to learn something. Each time I saw it, the audience were on their feet by the end. What a triumph.

The next thing I am hoping to going to see at St James's is The Three Lions. I am so excited. I have just been blown away by Zoe Wanamaker in her performance of Stevie at the Hampstead theatre - more on that later.

Here is Ruby after the first night with Dr Mark Collins - 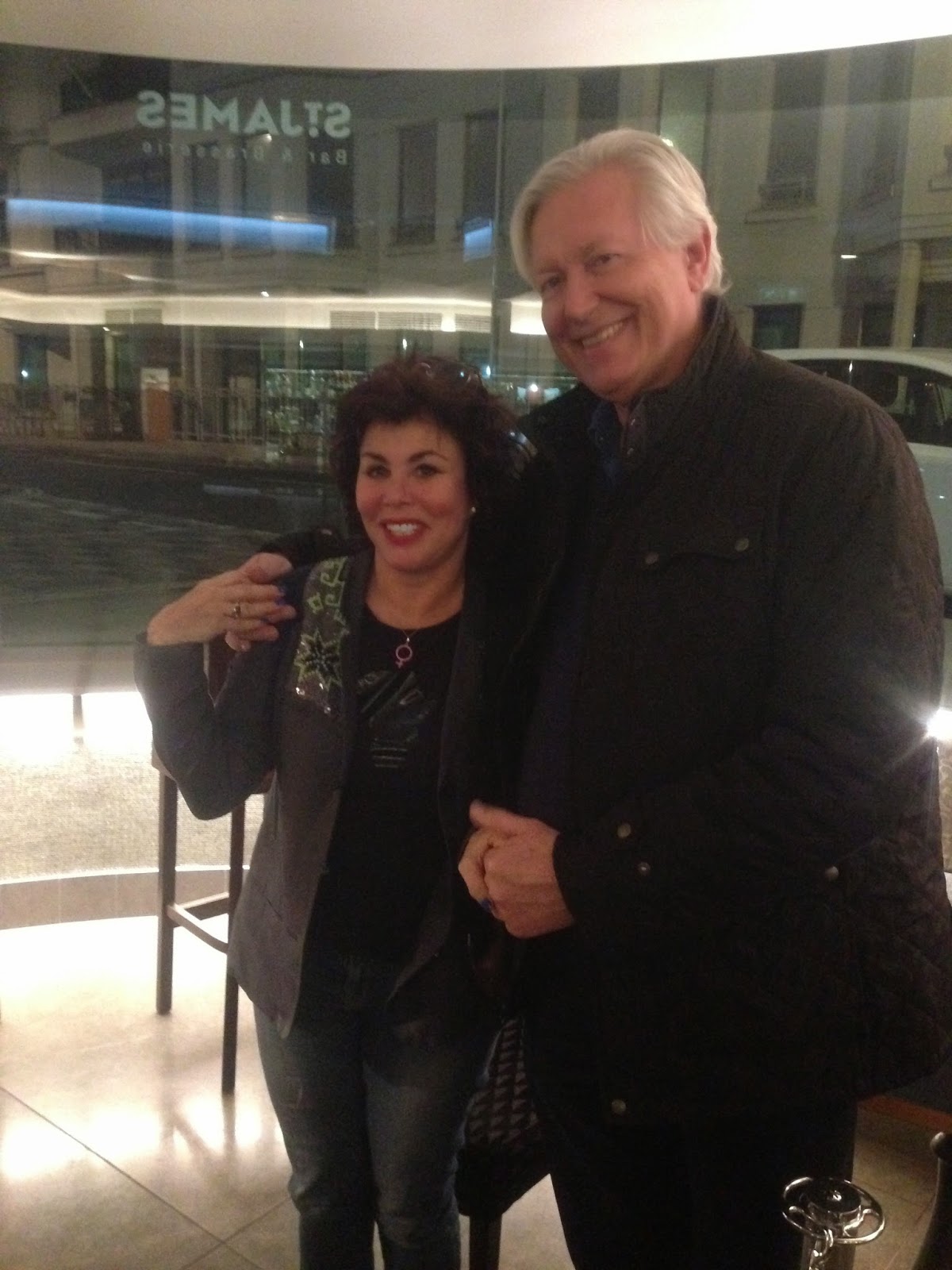 We met the founder of the I HEART SWEATBAND blog (a blog with lots of famous / well known faces wearing a sweatband) and now we are ON the blog.... 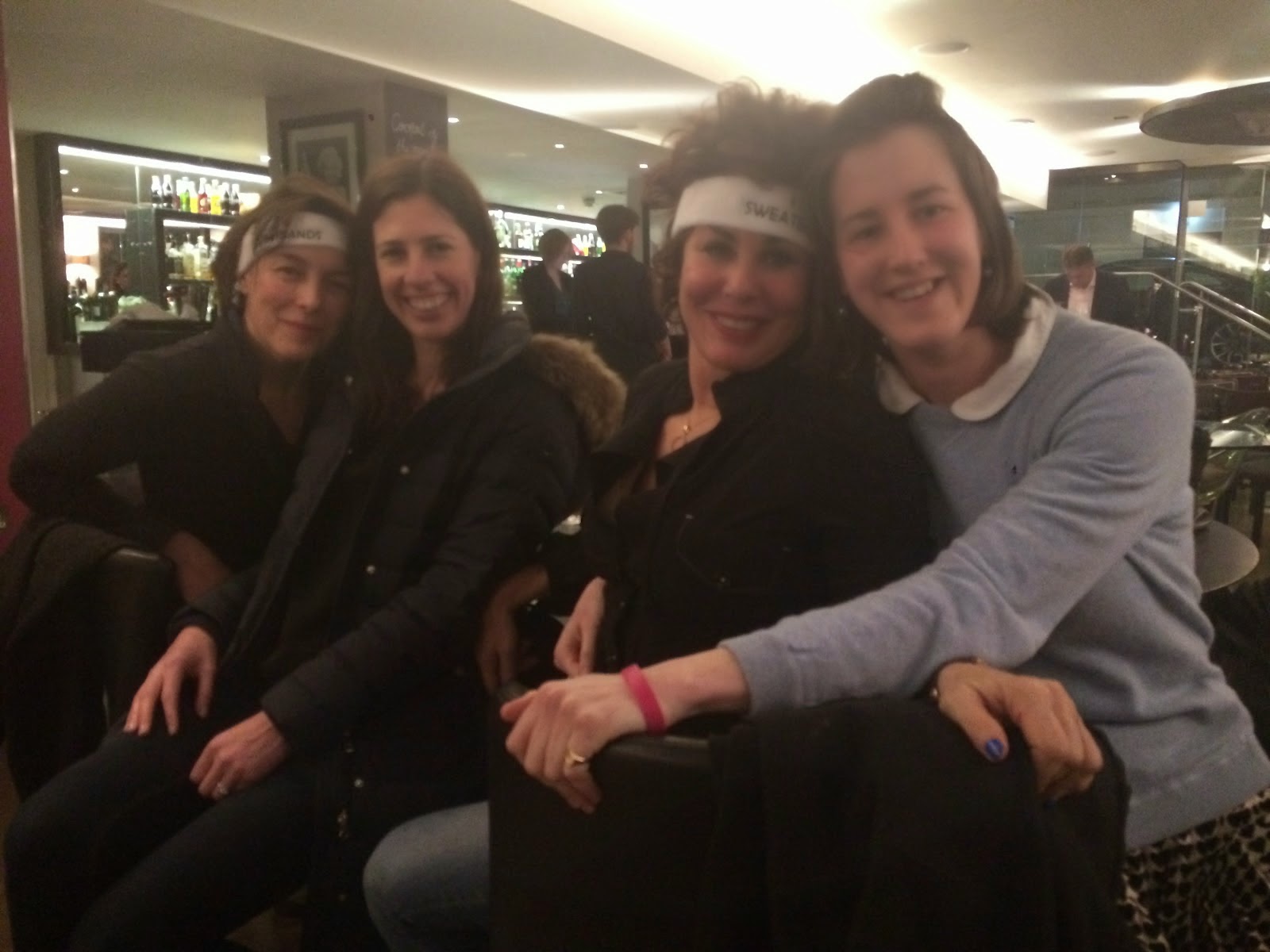 And then I was dared to wear it on my three and a half mile walk to work - so I did ! I also carried some Comic Relief balloons to raise awareness of Red Nose Day. 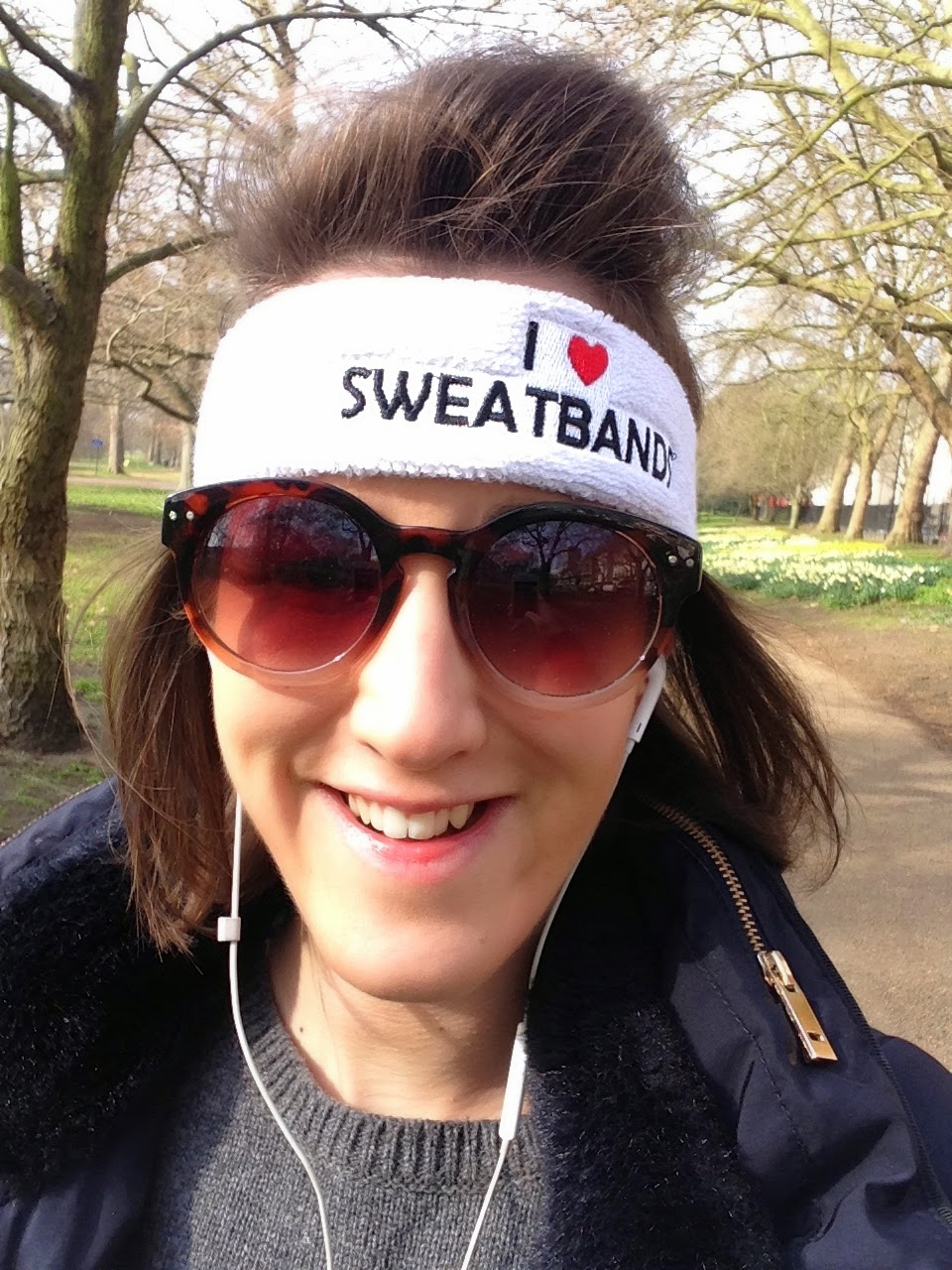 Here's Kathy Lette, David Suchet and Ruby on the last night - who's pointing at who !? 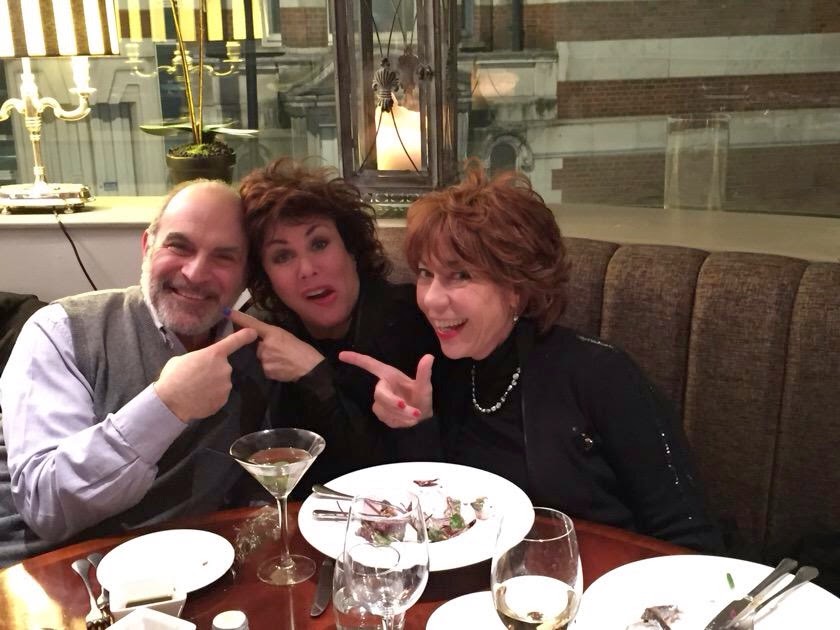 Now the show is in Australia for a few weeks.... Sane New World is taking on THE World...!