I found out 10 weeks ago that I "might have pulled it off"... Whilst sitting in a restaurant in Notting Hill after a fun filled evening in the green room at the recording of Mel & Sue, Ruby Wax told me that she had received "the letter" - it took me approximately 0.5 seconds to put two and two together - at which point, my hand clapped to my mouth and all I could do was stare in wonderment at this newly crowned woman sitting opposite me and contemplate what I had done -

“Her Majesty the Queen has been graciously pleased to award Ruby Wax with an OBE for services to mental health.”

We had to wait just over 8 weeks (without telling anyone) for the powers above to write again with confirmation. I am still apologising profusely to neighbours and colleagues for my extremely loud whooping and cheering when I heard earlier this month that it had been finalised.

To me, she is now known as ROBEY (see what I did there?!) and there is nobody more deserving of this brilliant accolade.  Ruby’s tireless campaigning for a better understanding of mental illness and breaking down stigma has made a phenomenal difference in many people’s lives, both in the UK and throughout the world.

I wanted to see her appropriately recognised for this work – hence why I nominated her. You are obviously never meant to tell the person that they are being nominated for the Honour, as the chances of them getting it are small - so I never said anything - but lots of incredible people wrote letters of endorsement so word must have got out eventually.

In fact, exactly a year ago this week, we went to Kensington Palace because I nominated her for a smaller, Depression Alliance award, which she WON – little did we know that a year later we would be celebrating an actual OBE.

I have been a sufferer of mental illness and do my best to tweet, write and talk about it to do whatever it takes to help break down barriers. But Ruby went as far as gaining a Masters degree from Oxford University in Mindfulness-Based Cognitive Therapy and has dedicated her entire career and life to this area.

The Press Release went out on Monday and there was a great article amongst others on the BBC News / Entertainment page... Other quotes included:

“How can anyone with the surname Wax possibly be given an OBE?! And she's a bloody foreigner. Delighted! Well deserved.” – Sir Richard Branson
‘Ruby has always been a star in my firmament, and although she can make your ribs ache with laughter she can also wrench your head round to see the darkness in the world, and how to deal with it. No-one deserves to be recognised more. I hope she will have a very large copy of the medal made, and will wear it on her shoulder like a parrot. I adore her.’ – Joanna Lumley


“For the past decade Ruby Wax has laid her own life bear in order to encourage change in our understanding of Mental Health. There is nothing glamorous about being a poster girl for this issue, but she has embraced the role with rigour, intelligence, honesty, wisdom, compassion and determination. I am in awe of her commitment to encouraging debate about the subject by using her own understanding, strength and vulnerability.  She is magnificent.”  - Emma Freud

Ruby might be American but really she’s ours and I feel incredibly proud and excited to have been part of this, and to see that The Queen has recognised her for her efforts – and gone further to help put mental illness on the map.

Stay TUNED for a photo of her when she goes and collects the OBE medal. I am already squirming with excitement. 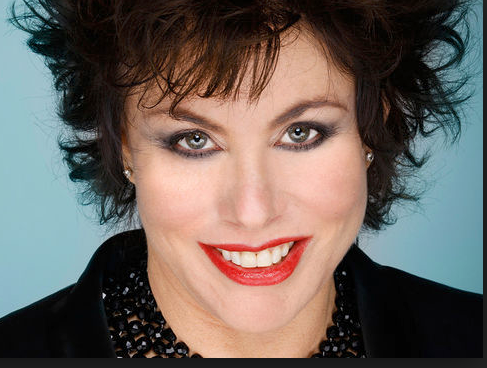 I have been given a special mention on the Huffington Post (see here) and this blog post has also been published on the Notting Hill Post. Excuse me while I silently scream with joy.

Thanks to everyone who's emailed and tweeted me about my OBE I am ecstatic
— Ruby Wax (@Rubywax) April 27, 2015