Last Sunday night, I was alerted by a well informed friend to a fun event in Hackney starring Richard Curtis.

I had never been to the Proud Archivist in Haggerston before. The furthest east I have been is Brick Lane / Shoreditch so it was fun to see somewhere a bit different. 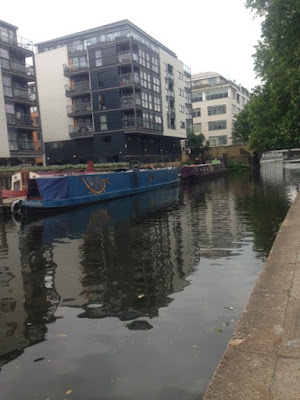 I got there a bit early so walked all the way along the canal almost as far as Islington / Angel. There was so much to see and it was the perfect chance to gather one's thoughts before the start of the week / reflect on the weekend.

I came across an actual book shop canal boat - I loved looking at all the canal / boat homes - I guess some people live on them all year round ? 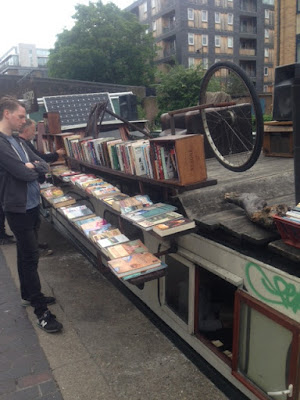 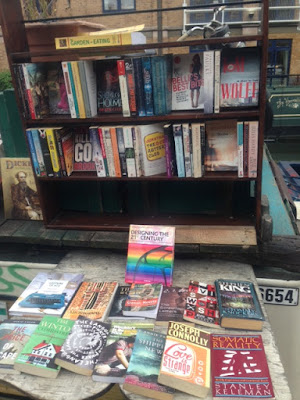 Finally the clock struck 6 pm and the whole reason for me to be in Haggertson / Hackney arrived.... The evening was an improvised comedy show based on an interview with Richard Curtis.

Two groups called Monkey Toast and Bleak Zoo were the cast - there was no script, nobody knew what would happen next....

Richard was interviewed by Andrew Hunter Murray and every 12-ish minutes, the interview would pause and the groups would improvise based on what they had just heard. It was very entertaining. I don't know how they did it.

There is so much that Richard has achieved - Comic Relief (both in the UK and the US), Vicar of Dibley, Notting Hill, Four Weds and Funeral, Love Actually, About Time..... you name it....there is much more!

The whole evening was a privilege to watch and hugely entertaining. The perfect end to my week. 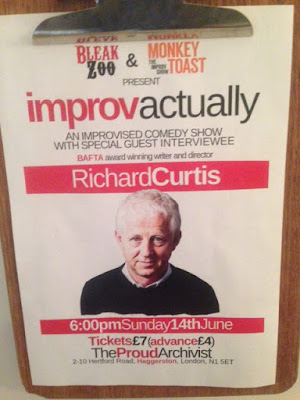